The woman then went on to insult another co-passenger, who tried to calm her down. 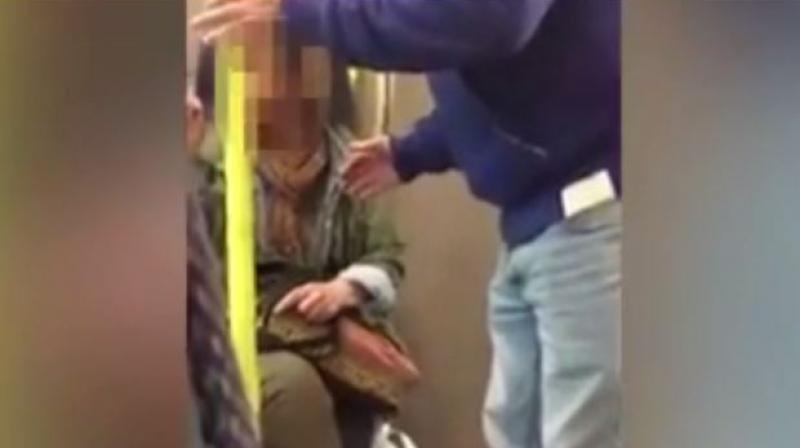 The purported racial abuse was recorded by another commuter, who then uploaded the video on Twitter. (Photo: Screengrab)

Dublin: In an apparent racial attack, an Irish woman travelling from Limerick Colbert to Limerick Junction allegedly hurled abuses on Asian co-passengers as she objected to one of them putting a bag on an empty seat.

According to a report in Daily Mail, the woman allegedly abused them for almost 16 minutes.

They “hadn't paid for four seats”, she yelled at them, adding, “Respect my f***ing country and get off the seats”.

When one of the Asian passengers referred to her as an 'old lady', the woman  replied, “What did you call me? An old lady? F*** off back to India. F*** off”.

The purported racial abuse was recorded by another commuter, who then uploaded the video on Twitter.

The woman then went on to insult another co-passenger, who tried to calm her down. “'Look at the ugly head of that fella. That's the only reason he's backing you up is because he's ugly,” she said.

The Irish rail operator, Iarnród Éireann, called the incident “shocking” and “intolerable”, and said that they had contacted the police. An investigation into the incident is underway.