On the order for Indian Navy, Boginsky said India would benefit from combining both orders to gain more value in enhancing its capabilities. 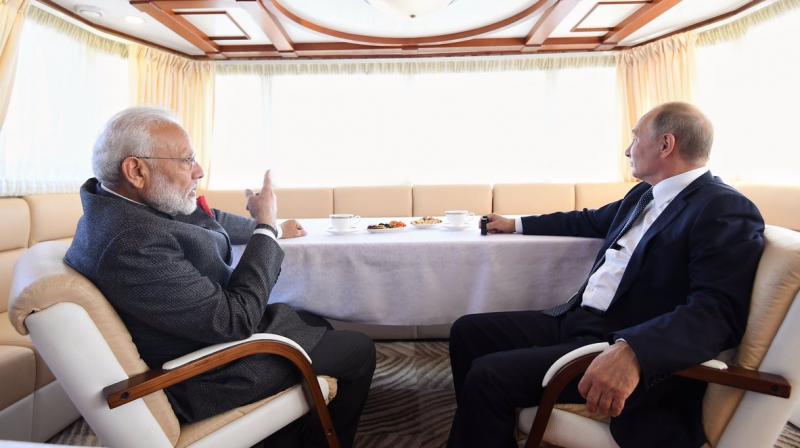 The head of Russian Helicopters said on Sunday that India was delaying the signing of a firm agreement for purchasing 200 helicopters despite providing all information. (Photo: File)

Moscow: The head of Russian Helicopters said on Sunday that India was delaying the signing of a firm agreement for purchasing 200 helicopters despite providing all information. Chief Executive Andrey Boginsky also said it would benefit India if the planned order for over 100 rotorcraft for the Indian Navy could be combined with the 200 India is looking to buy for the Army.

Russian Helicopters is owned by state-owned Russian conglomerate Rostec. India and Russia signed a deal in 2015 under Indian Prime Minister Narendra Modi's ‘Make in India’ programme for the supply of 200 Russian KA 226T helicopters, with Russia to deliver 60 and the remaining to be assembled and manufactured in India.

The two countries also have held preliminary talks for the supply of over 100 of the KA 226-T helicopters for the Indian Navy, Boginsky said. "We have done significant successful work and provided all information to India’s ministry of defence, unfortunately there is no efficient and quick way from the Indian side," he told Reuters at the Dubai Air Show.

"We can’t understand the reasons for the delay."

On the order for the Indian Navy, Boginsky said India would benefit from combining both orders to gain more value in enhancing its capabilities. "The main winner will be India if both orders are joined," he said, adding Russian Helicopters was awaiting a formal request of an order from the Indian Navy.

Civilian helicopters account for about 30-35 per cent of Russian Helicopters' total sales while the remaining 65-70 per cent are military choppers. The civilian-military sales ratio is expected to remain the same in the next three years but total sales volumes could increase as Russian Helicopters brings to the market its expanded range of choppers, said Boginsky.

The company is in talks with international customers including some in the Middle East for sale of its new Mi-38 helicopters, he said, declining to elaborate. The new VRT-500 helicopters, with the first flight scheduled for 2021, has seen strong interest from India and some Middle East countries, he said, adding a deal for the VRT-500 will be signed at the ongoing Dubai expo.