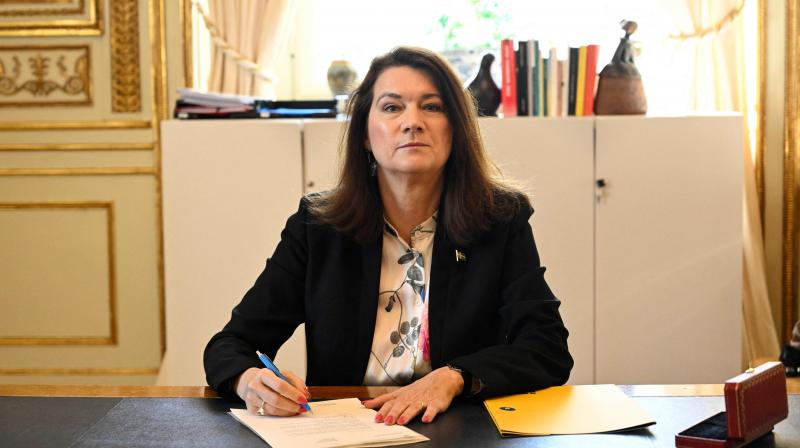 Sweden's Minister of Foreígn Affairs Ann Linde signs Sweden's application for NATO membership at the Ministry of Foreign Affairs in Stockholm, Sweden, on May 17, 2022. (Photo: AFP)

Stockholm: Finland's Parliament has overwhelmingly endorsed a bid from the Nordic country's government to join NATO.

The vote was seen a formality as Finnish President Sauli Niinisto and Prime Minister Sanna Marin announced the intention on Sunday, and lawmakers' approval wasn't necessarily required. However, both Niniisto and Marin stressed that it was important for the Parliament to weigh in on the NATO bid, described by the Finnish head of state as historic.

Finland is now expected to sign a formal application and file it to NATO headquarters in the coming days together with Nordic neighbour Sweden where the government announced a similar NATO bid on Monday.

If Finland joins NATO it will be the biggest defense and security policy shift in the history of the nation of 5.5 million since World War II, after which the country adopted a policy of military nonalignment and neutrality. Finland, which shares a long border with Russia, fought two wars against Moscow during World War II and lost about 10% of its territory.