France has delivered 30 Rafale aircraft to India so far, and six more are set to be delivered by April next year 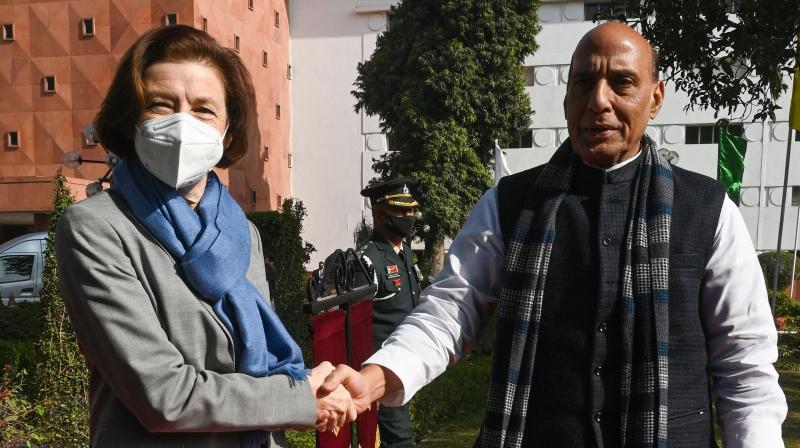 She made these remarks during a conversation with Dr Mohan Kumar, Chairman of research and information system for developing countries and former ambassador of India to France.

"We are ready to answer any additional needs or requests that could be made by India. We know that an aircraft carrier will soon be delivered. Aircraft are needed. So we're open and ready to provide any other Rafale if this is India's decision," she said.

This comes as France has delivered 30 Rafale aircraft to India. Six more are set to be delivered by April next year.

Speaking at an event amid her India visit, Defence Minister Parly said that France, more than any other country, understands the necessity of the Indian content. "And we are fully committed to the make-in India initiate as well as to do further integration of Indian manufacturers into our global supply chains."

"Make-in India has been a reality for the French industry for several years particularly for defence equipment such as submarines. Second, we both promote multilateralism and the defence of rules-based international order," she added.

"Finally, we want to protect the Indo-Pacific as an open and inclusive area. it must be free from any coercion and based on compliance with international law and multilateralism," she added.

Defence Minister Rajnath Singh will attend a meeting with his French counterpart Parly today for the 3rd Annual Defence Dialogue between India and France.
During her official visit, the talks between the two countries will cover aspects of wide-ranging Indo-French defence cooperation, including operational defence cooperation, particularly maritime security in the Indo-Pacific.