A no-confidence vote takes place if 15% of Conservative MPs (54) write to the chair of the so-called 1922 committee, Graham Brady 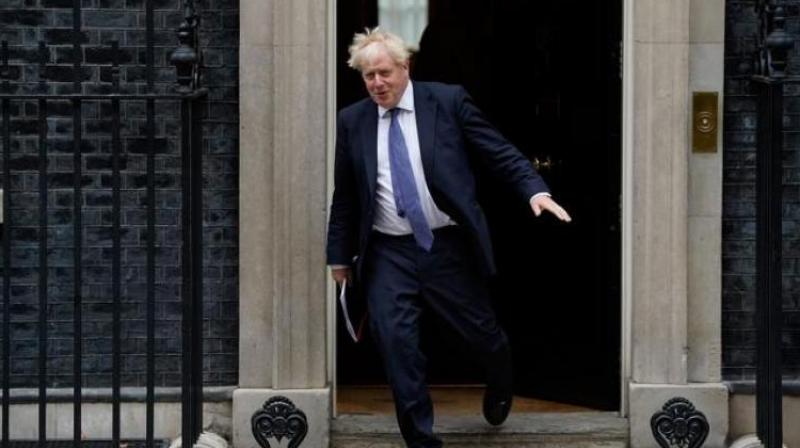 Boris Johnson suffered a seismic political upset as his ruling Conservatives lost a key parliamentary election, a result that will heap intense pressure on the U.K. prime minister and may even call his position into question.

The Liberal Democrats capitalized on weeks of turmoil and plummeting poll ratings for Johnson and his Conservative party to overturn a huge Tory majority and take the North Shropshire seat in the West Midlands that the ruling party has held for almost two centuries.

Voters in North Shropshire “were fed up and they gave us a kicking,” Conservative Party chairman Oliver Dowden told Sky News on Friday. They wanted to “send us a message”, he said, “I want to say that we heard that loud and clear.”

The collapse in Tory support piles pressure on Johnson to prove to his own colleagues that he has a grip on government and can still be relied on to guide the party to victory in the next general election due by 2024.

“This has to be seen as a referendum on the prime minister’s performance and I think that the prime minister is now in last orders time,” veteran Conservative Member of Parliament Roger Gale told BBC radio on Friday. “One more strike and he’s out.”

A no-confidence vote takes place if 15% of Conservative MPs (54) write to the chair of the so-called 1922 committee, Graham Brady. The current number of letters, which are safely locked away, is never revealed.

If more than 50% of all Conservative MPs vote in support of the prime minister, the leader can stay and no new vote can be triggered for 12 months.

If the leader loses the vote, they must stand down and any other Conservative MP can stand for the leadership. MPs and party members then decide on the next leader.

The damaging result comes at an especially sensitive time for the U.K. given the surge in Covid-19 omicron infections that threatens to overwhelm the National Health Service this winter. Johnson earlier this week pushed new Covid rules through Parliament -- but only at the expense of the biggest Tory rebellion of his tenure so far.

The special election was triggered by the resignation of former minister Owen Paterson after he was found to have breached Parliamentary rules on paid lobbying. Johnson’s attempt to protect him quickly backfired, and led to a damaging row over ethics and intense Tory infighting.

Paterson represented the seat for 24 years, and was returned with a thumping majority of close to 23,000 in 2019. But the Tory vote was slashed to 12,032, while the Liberal Democrats’ Helen Morgan became member of Parliament with 17,957 votes after a massive 34% swing.

The main opposition Labour Party won just 3,686 votes, suggesting many of their former voters backed the Lib Dems to defeat the Conservatives in an informal alliance. In her victory speech, Morgan thanked Labour supporters and told them: “You have shown tonight that together, we can defeat the Conservatives, not with deals behind closed doors, but with common sense at the ballot box.”

Johnson has struggled to move past the Paterson row, and with the Tories falling behind Labour in national polls, he has faced growing questions about his leadership.

This week’s 100-strong Tory rebellion over new Covid rules to tackle the fast-spreading omicron variant underlined the depth of anger among Johnson’s MPs, not only at his handling of the pandemic, but over what they see as a series of self-inflicted missteps.

The Liberal Democrats fought hard to capitalize on the turmoil surrounding Johnson. Last week, they distributed leaflets highlighting reports the prime minister’s staff broke pandemic rules by holding Christmas parties in his Downing Street office, and contrasting the alleged behavior with the reality faced by most people who were forced to stay away from loved ones last year.

Lifelong Conservatives had “turned to the Liberal Democrats in their droves and sent a clear message to the prime minister that the party is over”, Lib Dem leader Ed Davey said in an emailed statement.

Special elections are known for being used as protest votes, to give the government a kicking between general elections. Former Conservative Prime Minister John Major lost a string of by-elections during his premiership in the early 1990s -- including in Christchurch, Dorset, in 1993 when a Tory majority of 23,000 became a Lib Dem majority of over 16,000. The series of embarrassing losses ultimately set the scene for a landslide defeat at the hands of Tony Blair’s Labour in 1997.

In June this year, the Lib Dems defied political pundits to take another Tory stronghold -- the wealthy commuter district of Chesham and Amersham. But the pro-Brexit constituency of North Shropshire was seen as a much tougher challenge for the Remain-supporting party.

Parliament’s Christmas break offers Johnson an opportunity to reset his premiership. Although there is no sign yet of any immediate challenger, history shows that the Conservative Party does not hesitate to move against its leader if they’re no longer seen as a vote winner.