Britain doesn't seek to be half in, half out of EU: Theresa May

Britons voted for change 6 months ago for a brighter future, said Theresa May. 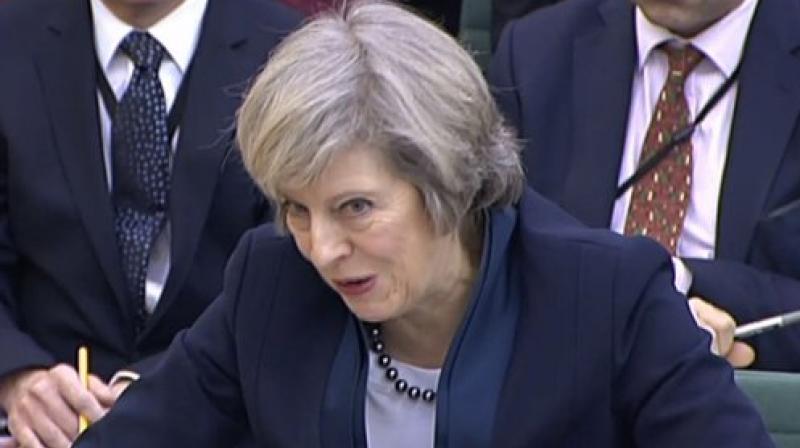 London: Britain does not want the "unravelling" of the European Union, Prime Minister Theresa May said in a major speech on Brexit on Tuesday.

"It remains overwhelmingly and compellingly in Britain's national interest that the EU should succeed," she said.

“Britons voted for change 6 months ago for a "brighter future", not just to leave the EU but to embrace a wider world,” said May. May also added that Britain plans to make a clean break from the European Union and not opt for "anything that leaves us half-in, half-out."

She also said that she wants the UK to be "fairer, more secure,
united and outward looking" as a result of Brexit.

May sais she would put the final agreement on Britain's exit from the European Union to a vote in parliament.

She also said there would have to compromises in the negotiations but it was important to provide "as much certainty as possible" and there would be proper scrutiny.

"When it comes to parliament, there is one other way I would like to provide certainty," she said in a speech in London. "I can confirm today that the government will put the final deal that is agreed between the UK and the EU to a vote in both houses of parliament before it comes into force."