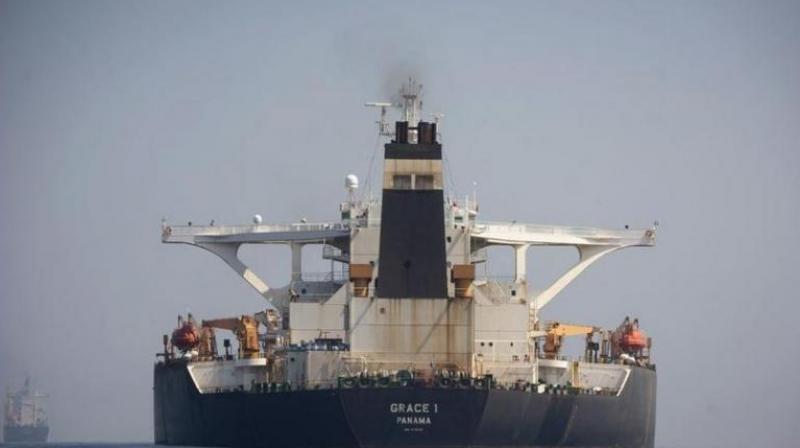 The arrested crew members of Grace 1– the Master, Chief Officer and two Second Mates – were aboard the Panama-flagged supertanker that was detained off Europa Point in Gibraltar, a British Overseas Territory on the Spanish coast, last month. (Photo: AP)

New Delhi: In a major breakthrough, the external affairs ministry confirmed on Thursday that all 24 Indians (civilian sailors) on board Iranian oil tanker VLCC Grace 1 — which was earlier seized by the Gibraltar authorities in coordination with Britain — “have been released” and are “free to return to India”.

Minister of state for external affairs V. Muraleedharan tweeted: “Spoke to our High Commission @HCI_London (Indian High Commission) on VLCC Grace 1. They confirmed all 24 Indian crew aboard... have been released by Gibraltar authorities and are free to return to India.”

Ministry of external affairs spokesman Raveesh Kumar had said earlier: “It’s a 24-member Indian crew arrested by the United Kingdom authorities. We had sought consular access. It was granted. A three-member team (of Indian diplomats) visited and met all the 24 crew members. What we saw was that the crew members were very calm and very composed and there was no sense of panic. They have been in regular touch with their family members. We assured them that the Government of India will take all necessary steps to ensure their early release and repatriation.”

British high commissioner Sir Dominic Asquith had said in New Delhi recently that the Iranian vessel captured by the Gibraltar authorities was carrying two million barrels of oil bound for Syria, against whom the European Union had imposed sanctions.