World   Europe  16 Jun 2018  My book has been receiving flak for the truth in it: Imran Khan's ex-wife
World, Europe

My book has been receiving flak for the truth in it: Imran Khan's ex-wife

Reham Khan's autobiography 'tell-all' has become a centre of controversy and she has also received death threats. 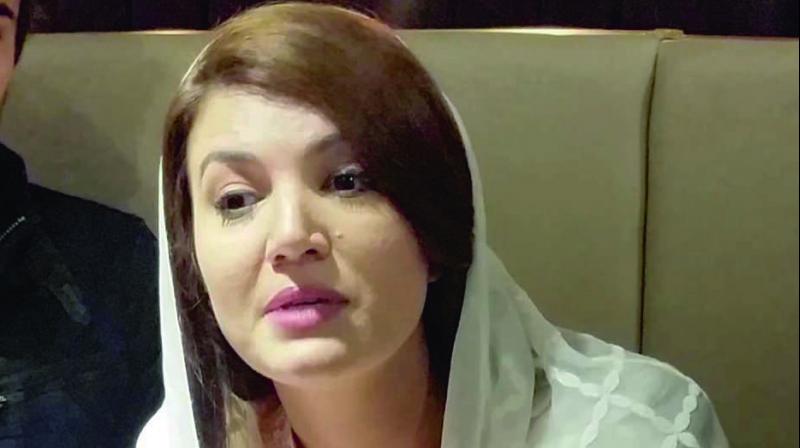 The upcoming autobiography, which has prompted court notices from her political arch-rivals, reportedly includes details of her interactions with various celebrities and her marriage with Imran Khan. (Photo:File)

London: Former wife of Pakistan Tehreek-e-Insaf (PTI) Chairman Imran Khan Reham Khan on Friday said her upcoming autobiography 'tell-all' has become a center of controversy not because it was leaked but for containing the truth.

In an exclusive interview to ANI, Khan, social activist and journalist said, "My book has been receiving criticism not because of getting leaked but for the truth it includes. Even if I write the book or not, everyone knows the fact."

Khan also said that she has received death threats regarding releasing her upcoming book.

"I have received death threats for releasing the book. I was also threatened to be defamed for the same. This is very depressing but I'm an optimistic person. These things don't pull me down in life," she added.

The upcoming autobiography, which has prompted court notices from her political arch-rivals, reportedly includes details of her interactions with various celebrities and her marriage with Imran Khan.

The anchor-turned-journalist further said that people should not be afraid about the release of the autobiography as it only revolves around her life struggles.

Khan further said her book showcases how to conduct oneself and overcome failures.

"The book is all about my life...the struggles and how I overcame it. After reading my book, many women will find a small part of themselves in it. I hope and pray that all that has happened to me should never happen to anyone. This book showcases how to conduct oneself, overcome failures and what led to my mistakes," she said.

"It's also about my journey of entering into journalism, becoming an anchor and the glamorous life which I once owned. How I changed my culture from one to another. I'm very frank and open in my book. People who are afraid should not be because it's all about me and my life," she added.

Earlier, Imran Khan had filed a petition to stop Reham Khan's autobiography from being published Pakistan, following which a stay order was issued on her book launch.