The images were later deleted from the ministry of defence's Twitter and Facebook accounts, later said that there had been a 'mistake'. 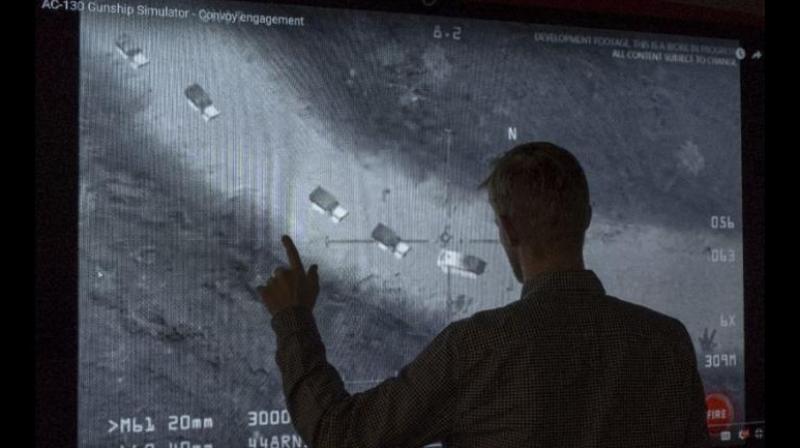 Moscow: Russia's defence ministry on Tuesday posted images it said proved the US was aiding the jihadist group ISIS in the Middle East, but social media users pointed out they included a still from a video game.

The ministry's official account said the black-and-white images were taken on November 9 near the Syria-Iraq border and provided "irrefutable proof that the US is providing cover to IS combat units".

But the monitor Conflict Intelligence Team (CIT), along with a number of social media users, was quick to compare one of the images with an identical still from the wargame "AC-130 Gunship Simulator: Special Ops Squadron".

Other images posted to Twitter appeared to be taken from videos released by Baghdad's Ministry of Defence in 2016, showing the Iraqi Air Force bombing jihadists near Fallujah, the CIT said.

AFP was able to compare the images in the emailed defence ministry statement with the images of the videogame on YouTube and confirm the resemblance.

The images were later deleted from the ministry of defence's Twitter and Facebook accounts, and the ministry said several hours later that there had been a "mistake", and publishing a different set of pictures, calling them "irrefutable proof" of US aid of ISIS.

The military stood by its allegations saying "the refusal of US command to inflict strikes on ISIL convoys on November 9 is an established fact recorded in the transcript of conversations".

The US Embassy in Moscow said in a statement posted on Twitter that "the US is not going to spend time on the nonsensical claims by the Russian ministry of defense accusing us of complicity with ISIS, using images from video games and old photos of military operations in another country."

"We need to focus on destroying our common enemy and not play games," it said.

Moscow has previously accused Washington of "pretending" to fight ISIS in Iraq, allowing terrorists into neighbouring Syria where Russia and the US have backed opposing sides in the bloody conflict.

US military spokesman Colonel Ryan Dillon called the Russian statements a "barrage of lies", saying they were "as accurate as their air campaign".

"I certainly can't verify but I have seen a report that one of the pictures came from a video game. So again, that is pretty consistent with what we have seen come out of Russian MOD as being baseless, inaccurate and completely false." Colonel Dillon added.

Earlier this year Russian media accused President Vladimir Putin of passing off footage of the American military fighting the Taliban in Afghanistan as the efforts of Russia's air force in Syria during a television interview.

The Kremlin denied that Putin had shown the wrong footage to the American director Oliver Stone during one of a series of interviews.