She said the process of leaving the EU must be 'down to Parliament, not third parties going through the courts'. 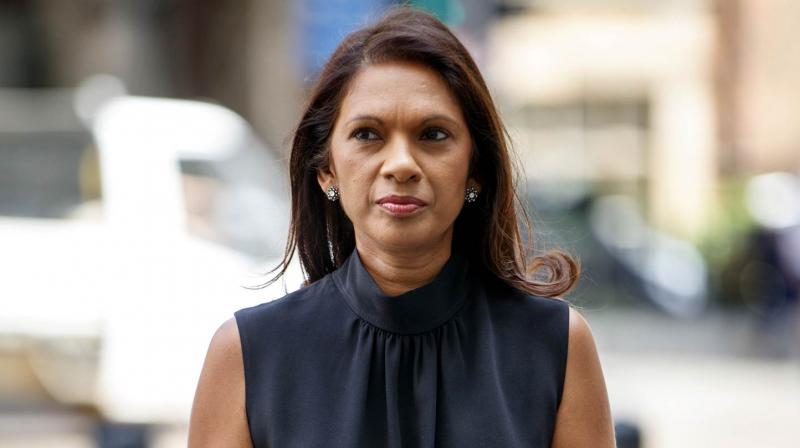 Gina Miller, who had mounted a successful legal challenge to prevent May triggering Brexit without Parliament's approval back in 2017, has said she is ready for another legal battle to establish parliamentary supremacy. (Photo: File)

London: A prominent Indian-origin anti-Brexit campaigner said Sunday that she will take the government to court if British Prime Minister Theresa May's successor attempts to suspend Parliament to take Britain out of the European Union (EU) without a deal.

Gina Miller, who had mounted a successful legal challenge to prevent May triggering Brexit without Parliament's approval back in 2017, has said she is ready for another legal battle to establish parliamentary supremacy.

Miller's team has issued a legal letter of warning to Boris Johnson, the frontrunner in the prime ministerial leadership contest, who has refused to rule out the prospect of proroguing Parliament in order to meet the October 31 Brexit deadline.

"It would seriously undermine parliamentary sovereignty for you, as Prime Minister, to prorogue Parliament to prevent it from considering whether to legislate to prevent a no-deal Brexit," reads the letter issued by law firm Mishcon de Reya, representing Miller and her campaign team.

"You would be closing the doors of Parliament to prevent it from legislating on the most important political issue of the day, when time is of the essence. In such circumstances it would be unlawful for you as Prime Minister to advise Her Majesty to prorogue Parliament for the purpose of preventing Parliament from considering the enactment of a law to stop the UK leaving the EU without a deal," it adds.

The letter follows a similar warning to Johnson of legal action from former Conservative Party leader and Prime Minister John Major, a supporter of UK foreign secretary Jeremy Hunt in the race for Downing Street.

While Hunt has ruled out prorogation of Parliament to prevent Britain's MPs blocking no-deal Brexit, former UK foreign secretary Johnson has declined to do so.

"I have never been a fan of Brexit but that is completely separate, completely different, from defending the central pillar of our Constitution," Miller told Sky News in a television interview on Sunday.

"We think that it's beyond the Prime Minister's powers because parliamentary sovereignty is actually the jewel in the constitutional crown," she said.

The 53-year-old investment fund manager, born Gina Nadira Singh in British Guiana (now Guyana) to Guyana's former Attorney-General Doodnauth Singh, became the face of the legal battle over parliamentary supremacy in the aftermath of Britain's vote in favour of leaving the EU in June 2016.

The UK's Supreme Court ruled by a majority of eight justices to three in January 2017 that MPs and peers must give their consent before the government could trigger Article 50 and formally initiate Brexit.

The deeply divided UK Parliament remains widely opposed to leaving the EU without any deal in place and cross-party groups of MPs are still hoping to find ways to block such an outcome under any new Prime Minister.

However, pro-Brexiteers have branded such moves as a further attempt to block Brexit.

"There seems to be a relentless movement to delay Brexit, to stop Brexit happening... to question the integrity of a future government in its renewed determination to exit the European Union," said Priti Patel, one of the leading Indian-origin Conservative MPs in the "Back Boris" camp.

She said the process of leaving the EU must be "down to Parliament, not third parties going through the courts".

Meanwhile, Johnson and Hunt continue their hustings as part of the Tory leadership battle with is set to conclude on July 22 once the over 160,000-strong Conservative Party membership have sent in their postal ballots.

The winner of the contest will be announced the day after and go on to take over from Theresa May, who is serving as caretaker Prime Minister since her resignation last month.