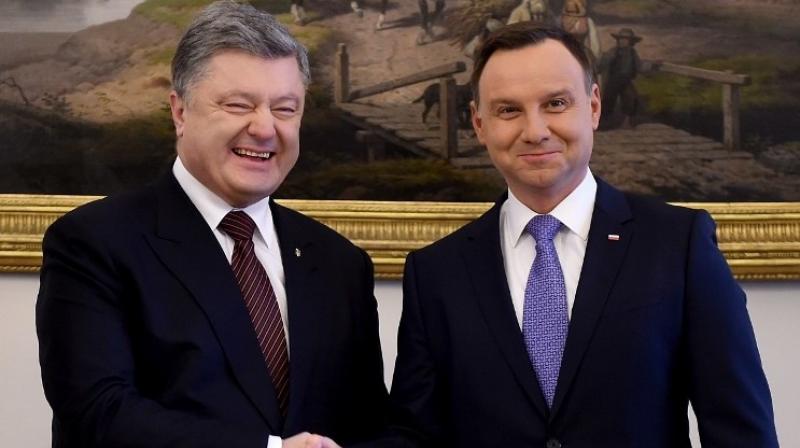 Kharkiv (Ukraine): The presidents of Ukraine and Poland have met to find ways of overcoming the World War II legacy that sours relations between the neighbouring countries.

Duda says they discussed bringing in peacekeepers as a step in ending the armed conflict between Ukrainian forces and Russian-backed separatists in eastern Ukraine.

Poroshenko said: "History should not affect the strategic nature of Ukrainian-Polish relations."

Poland generally supports closer relations between Ukraine and the European Union. But the government also wants Polish civilians who were victims of Ukrainian armed units during World War II recognised.

In Ukraine, the fighters are regarded as heroes who fought both German Nazis and the Soviets.