In a first, Indian-origin visually impaired man to get guide horse in UK

The 24-year-old could not rely on commonly used guide dogs for visually impaired and that is how concept of miniature guide horse came. 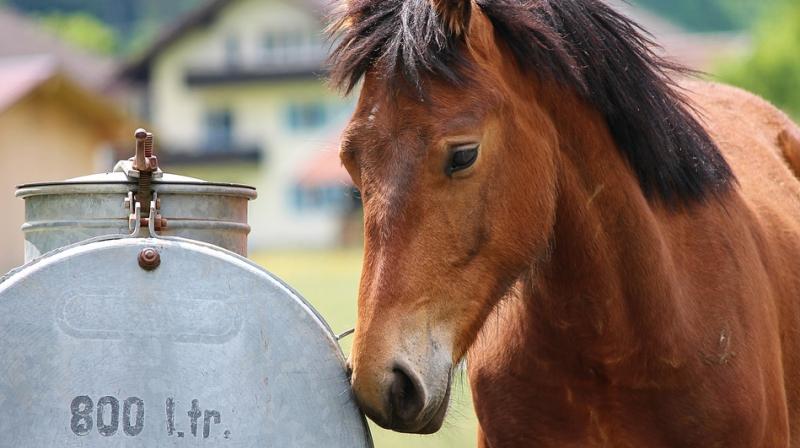 'Digby (guide horse) is still a baby and will be two years old in May 2019. His training will take around two more years, so I expect to be able to bring him home to Blackburn once he’s finished his training,' Patel told PTI. (Representational Image)

England: An Indian-origin man based in north-west England, who suffers from a degenerative eye condition, is set to become the first person in the UK to get a guide horse to assist him with daily tasks once he loses his vision completely.

Mohammed Salim Patel, a journalist based in Blackburn at Lancashire, suffers from a condition called Retinitis Pigmentosa, due to which he is left with a very small amount of sight in his right eye and will eventually loose all sight. The 24-year-old, who suffers from a deep-seated fear of dogs since a scary childhood encounter, could not rely on the more commonly used guide dogs for the visually impaired and that is how the concept of a miniature guide horse came to his attention.

“Digby (guide horse) is still a baby and will be two years old in May 2019. His training will take around two more years, so I expect to be able to bring him home to Blackburn once he’s finished his training,” Patel told PTI.

“There is no rush though, as there would be for a guide dog. Digby will be able to work into his 40s, whereas a guide dog has to retire at the age of eight,” he said.

After spending some time with his companion-to-be, Patel believes a guide horse has many added benefits over guide dogs, including a much longer working life, 350-degree vision and ability to see in the dark.

“Guide horses can work for a lot longer, therefore even if his training takes longer than two years, it doesn’t matter too much as once he’s trained, I will have decades with him as my assistant animal,” Patel explained.

The story of Digby caught the attention of the annual Amplifon Awards for Brave Britons, where the horse is among the finalists in the Hero Pet category – aimed at honouring animals who have transformed the life of their owners.

“It’s very nice to have Digby recognised for his great work, despite still being in training. He is a star,” said Patel, in reference to the awards, which will be announced on Tuesday.

“I fancied being a TV presenter and decided to give media studies a go. I found myself making documentaries on taboo subjects, and essentially creating journalistic pieces. This is when I strongly considered pursuing a career in journalism, as a journalist rather than a TV presenter,” he said.

However, it was not an easy journey, being told that a broadcast journalism course would be too difficult for a blind person to complete.

“I used my time at university to get as much broadcasting experience as I could. I loved radio. I was fortunate to achieve a First Class BA Honours in International Journalism and got a job as a reporter at my local BBC radio station,” said Patel, whose family has their roots in Gujarat.

“My mother was born in India but then came to the UK to marry my dad. He has family in Gujarat too,” he said.

“I love visiting India as it’s a beautiful country that fascinates me. I take every opportunity I can to visit my cousins who live there and to also visit the many different cities in India,” he added. It remains to be seen if Digby might join him on one of these visits in the future.