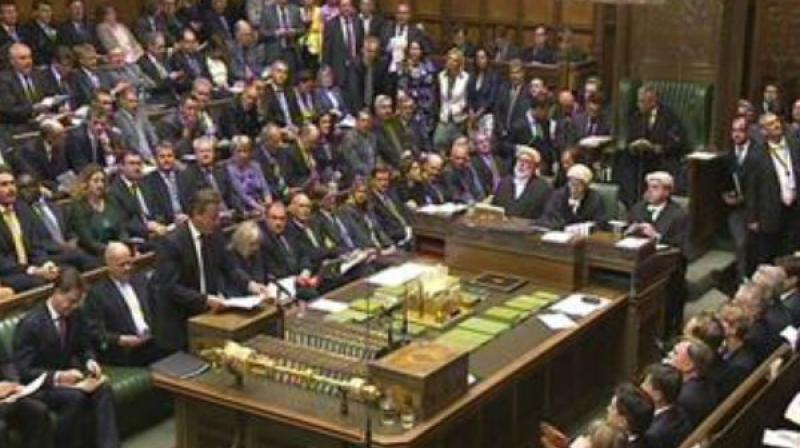 Four Muslim MPs in the British Parliament have been targeted with similar suspicious packages containing a mysterious sticky liquid and a letter calling for ‘Punish a Muslim Day.’ (Photo: Representational)

London: Four Muslim MPs in the British Parliament have been targeted with similar suspicious packages containing a mysterious sticky liquid and a letter calling for ‘Punish a Muslim Day’.

Bangladeshi-origin MPs Rushanara Ali and Rupa Huq and their Pakistani-origin colleagues Afzal Khan and Mohammad Yasin are the four Labour party MPs to receive the same kind of package in their parliamentary offices within the Palace of Westminster over the last two days.

“It is worrying that these things are getting through security screening because I know it’s very vigorously screened. Someone out there thinks it is open season on Muslims,” said Huq, who represents Ealing central and Acton in south-west London.

A parliamentary spokesperson said on Tuesday that two items of mail containing suspicious substances were investigated by the Metropolitan Police and were not found to be hazardous.

“The affected areas were temporarily cordoned off but no evacuation was necessary. One person attended hospital as a precaution,” the spokesperson said.

Scotland Yard confirmed that specialist officers had been sent to the scene to assess the packages, which were deemed non-hazardous.

Parliament has emailed all staff, warning them to “be on the alert for suspicious items of mail”.

Meanwhile, Britain’s counter-terrorism officers continue to investigate after similar “Punish a Muslim Day” letters were sent to a string of locations across the country.

The letter incites verbal abuse and assaults on Muslims, as well as attacks on mosques, declaring April 3 as ‘Punish a Muslim Day’. It asks people to carry out violent acts including verbal abuse, removing a woman’s hijab or head-scarf, physical assault and using acid as a weapon.

“The letter calling for attacks on Muslim is just the latest example of rising Islamaphobia and deplorable hate crimes in this country,” said Pakistani-origin Labour MP Yasmin Qureshi, who raised an urgent question in the House of Commons yesterday calling on the UK government to do more to tackle such “incitement to violence and help prevent the growth of such extreme views”.

In response to the urgent question on the letters, UK Home office minister Victoria Atkins told MPs that the government condemns the content of the letters as “clearly abhorrent, with no place in decent society”.