‘These are children who were alone in camps, who have no support. No question of taking back parents who joined terrorist groups,’ he said. 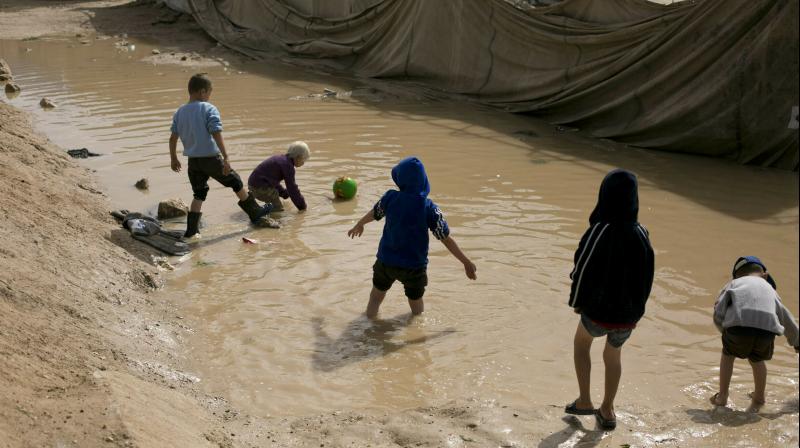 According to Belgian media reports, 50-60 Belgian children under 18 are in the camps of Al-Hol, Roj and Ain Issa in Syria. (Photo: AP)

"These are children who were born in our country and who today no longer have parents," the minister told VRT public radio after a cabinet decision. Belgium is one of several European countries wrestling with the dilemma of what to do about citizens trapped in Syria following the defeat of the Islamic State group.

Some are reticent to accept captured extremist fighters, but the cases of children and non-combatant wives have proved more complicated for Western authorities. On Wednesday, Foreign Minister Didier Reynders said Belgium has a signed deal to allow returnees to transit through Iraq's autonomous Kurdish region.

The bulk of the Islamic State fighters and family members who were captured when its so-called caliphate collapsed are being held in Syria in Kurdish-run camps. De Croo said that four of the six returnees are older than 10, but that none were suspects.

"These are children who were alone in the camps, who have no support. There's no question of taking back parents who chose to join terrorist groups," he said.

"These children had no choice," he added. According to Belgian media reports, 50-60 Belgian children under 18 are in the camps of Al-Hol, Roj and Ain Issa in Syria. Belgium was one of the European countries which, relative to its size, saw one of the larger contingents of extremists set off for the Syrian battlefield.

Authorities estimate that 400 adults set off for jihadist controlled areas since 2012 and 150 were still considered "active and in place" at the end of last year.