Documents were released after UK judge ruled that declassifying Downing Street papers would not damage diplomatic ties with India. 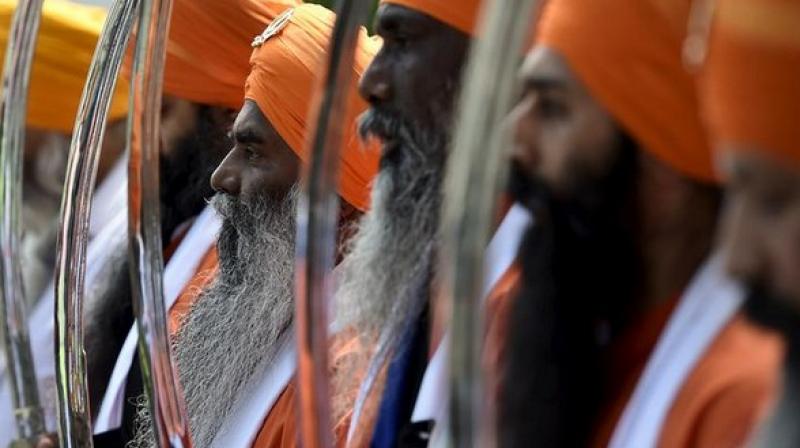 While the papers do not shed any further light on alleged British involvement in the army operation at the Golden Temple in Amritsar, they reflect a preoccupation with not upsetting then Rajiv Gandhi led government in order to secure trade deals. (Photo: ANI/Representational)

London: The British government led by then prime minister Margaret Thatcher made several attempts to ban protests by Sikhs in the country following Operation Blue Star in 1984, according to recently declassified documents.

The documents were released after a UK judge had ruled last month that declassifying the Downing Street papers would not damage diplomatic ties with India.

While the papers do not shed any further light on alleged British involvement in the army operation at the Golden Temple in Amritsar, they reflect a preoccupation with not upsetting then Rajiv Gandhi led government in order to secure trade deals.

Thatcher’s foreign secretary, Sir Geoffrey Howe, wanted Scotland Yard to ban protests planned by British Sikh groups, including so-called Republic of Khalistan, because “a Sikh march in present circumstance would carry very serious risks, both for Indo-British relations and for law and order in this country”.

“It will also further intensify the Indian government’s resentment against the UK and unwillingness of HMG (Her Majesty’s government), as they see it, to do anything to curb the activities of Sikh extremists in this country. Contracts which would be potentially at risk from a trade boycott amount to some 5 billion pounds,” reads a note to the Home Office by Leonard Appleyard, Geoffrey Howe’s private secretary.

In 1984, the UK was eager to sell its Westland helicopters to India as well as other lucrative arms contracts.

At one point, Howe even contemplates a change to the UK’s Public Order Act 1936, which prevents a ban on protests unless they pose a threat to public order.

“There are some disturbing details in the new documents about how some British politicians tried to disregard the civil liberties of UK Sikhs in order to secure trade with India. But overall it is now clear that the Cabinet Office has managed to avoid releasing any more material about Operation Blue Star,” said Phil Miller, the investigative journalist who had sought the declassification of the documents through a freedom of information (FOI) request.

After a long-drawn legal battle, the Information Tribunal judgment in June had allowed the UK government to continue withholding material relating to the intelligence and security agencies.

“I think many people will be disappointed by the small scale of disclosure in this case after years of legal proceedings. This highlights the shortcomings of the UK’s Freedom of Information Act, which desperately needs more powers to allow journalists to probe the intelligence and security agencies, as they can in the US,” said Miller, the author of ‘Sacrificing Sikhs: The need for an investigation’ report released last year.

In 2014, UK government documents declassified under the 30-year rule to make such material public had revealed that British military advice was given to Indian forces prior to Operation Blue Star.

Former Britain prime minister, David Cameron, had ordered a review into this discovery, named as the Heywood Review, which led to a statement in Parliament declaring that Britain’s role had been purely “advisory” and the advice provided by the country’s Special Air Service (SAS) had “limited impact in practice”.

Miller had set about digging further to find more information around this revelation and now believes only a public inquiry can reveal the “full truth”.