Hussain was detained at Southwark Police Station, and request has been submitted for additional detention after expiry of 24-hour deadline. 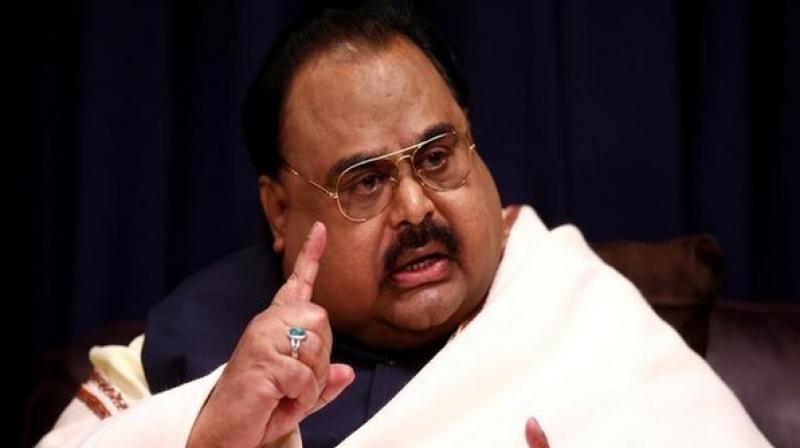 Hussain regularly makes television addresses or telephone speeches to his supporters, where he heavily criticises the Pakistan Army and ISI for alleged ‘military oppression’ of Muhajirs. (Photo: ANI)

London: The local police on Wednesday sought additional 12-hour detention of Muttahida Qaumi Movement (MQM) founder Altaf Hussain, who was arrested by the Scotland Yard in a dawn raid at his residence in London a day before.

Hussain is being detained at the Southwark Police Station, where the superintendent submitted the request for additional detention after the expiry of the 24-hour deadline, Geo News reported.

Hussain's detention was confirmed by the MQM sources.

The leader has been arrested in connection with a 2016 hate speech, where he had allegedly asked his supporters to take the law into their own hands.

According to the Scotland Yard, the headquarters of the Metropolitan Police Service (MPS), the MQM leader has been arrested on the suspicion of intentionally encouraging or assisting offences contrary to Section 44 of the Serious Crime Act 2007.

The lawyer for the Government of Pakistan, Toby Cadman, told Geo News that there is sufficient evidence to charge Hussain.

"I have seen the evidence, I have reviewed all the evidence from Pakistani authorities and I can say that it presents a compelling case. It is my assessment that there is sufficient evidence to charge Altaf Hussain for a number charges," Cadman was quoted as saying.

According to the lawyer, the likelihood of Hussain being charged was extremely high. "I would certainly expect him to face charges. He may be held in custody. He may be bailed. But he will be brought before a magistrate and face trial. What we have to understand is that this process takes months," he said.

Cardman further stated that Islamabad would still have options if the Metropolitan Police or Crown Prosecution Service decided against charging Hussain.

Without naming Hussain, the Metropolitan Police had said in a statement that "the man who is aged in his 60s, was arrested at an address in north west London."

In the last three decades, the MQM has dominated politics in Pakistan, particularly in Karachi, where the party has the support of Urdu-speaking Muhajirs, who migrated from India to Pakistan during the partition in 1947.

Hussain regularly makes television addresses or telephone speeches to his supporters, where he heavily criticises the Pakistan Army and ISI for alleged "military oppression" of Muhajirs.

Hussain has also been accused by his opponents of encouraging his party workers to indulge in violence.