The film showed how Gandhi set up this ashram in 1917 on a 36-acre wasteland on the banks of Sabarmati River. 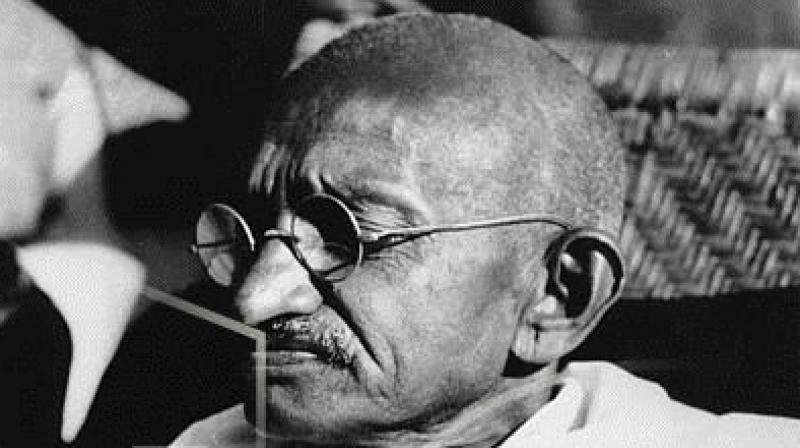 The film sheds light on Gandhi's life in the Ashram. (Photo: AP)

London: The centenary of Mahatma Gandhi's Sabarmati Ashram was celebrated in London with the screening of a documentary to retell Gandhi's story with some interesting visual elements to the Internet generation.

'Sabarmati Ashram: The Home of Gandhi's Experiments with Truth was screened at the Nehru Centre on Monday. Written and produced by senior NRI journalist Vijay Rana, the film showed how Gandhi set up this ashram in 1917 on a 36-acre wasteland on the banks of Sabarmati River. It was full of snakes, and the first thing Gandhi said was that none of them was to be killed.

This was going to be Gandhi's karmabhumi for next 13 years. Many of his revolutionary ideas were conceived in this ashram - economic liberation through spinning wheel and the home-spun Khadi, fight against social evils like untouchability, a boycott of foreign goods, non-cooperation, peaceful civil disobedience and the defiance of the oppressive Salt Law.

"Look at the sheer ingenuity, courage and perhaps the craziness of the man,? said Rana. "A hundred years ago, Gandhi was thinking of mobilising the poor, virtually naked and starving, to fight the world’s mightiest Empire without arms."

The film shows how some pro-British newspapers ridiculed his idea of Salt March. People in England wondered what harm could be done to the powerful British
Indian government by picking up some salt from a deserted seashore. Nobody could imagine that on Gandhi's call millions of Indians would come out on streets to defy the Raj and break the Salt Law.

The film sheds light on Gandhi's life in the Ashram. There was also an interesting eyewitness account of the famous Salt March by one of his disciples, Sumangal Prakash. He was one of the 78 Ashram residents whom Gandhi personally selected as his co-marchers.

After the screening of the documentary, A S Rajan, Minister Co-ordination at the Indian High Commission in London, said it appropriately reflected the values such as non-violence, peace, love and harmony that Gandhiji preached.

"While celebrating 100 years of Gandhi's Sabarmati Ashram, this small film is an attempt, in this age of social media when attention span is increasingly fractured, to retell Gandhi's story with some interesting visual elements to the Internet generation," said filmmaker Rana.