World   Europe  11 Dec 2018  Theresa May heads to Europe in bid to save Brexit deal under fire
World, Europe

'I will now do everything I possibly can to secure further assurances,' May told mutinous MPs. 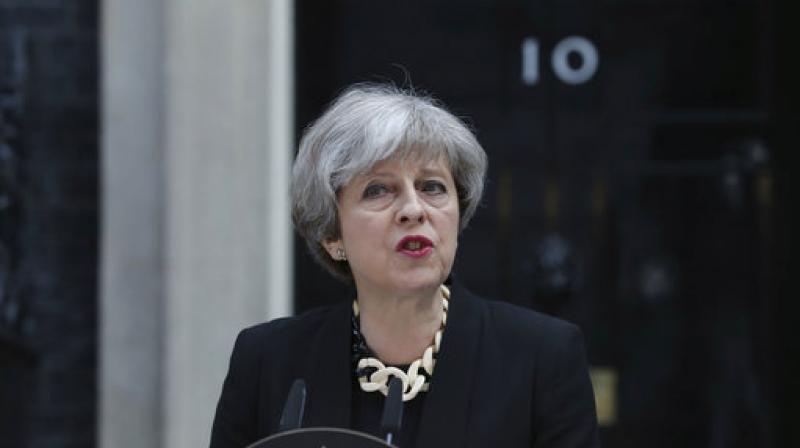 The embattled leader is facing a rebellion in her own party and from parliamentary allies that threatens to sink both the agreement and her leadership. (Photo: File)

London: British Prime Minister Theresa May will visit Germany's Angela Merkel Tuesday as she works to salvage her Brexit deal, the day after delaying a parliamentary vote on it to avoid a crushing defeat.

May will first go to The Hague for talks with Dutch Prime Minister Mark Rutte before meeting Merkel in Berlin, as she struggles to unite British lawmakers behind her faltering plan. The embattled leader is facing a rebellion in her own party and from parliamentary allies that threatens to sink both the agreement and her leadership.

"I will now do everything I possibly can to secure further assurances," May told mutinous MPs Monday on her planned dash to Europe ahead of an EU summit later this week.

"I will discuss with them the clear concerns that this house has expressed," she said. But European Council president Donald Tusk warned the bloc would not reopen the agreement secured in November after months of negotiations, with Brexit looming on March 29.

"We will not renegotiate the deal, including the backstop," he tweeted, referring to the contested clause in the deal relating to Northern Ireland.

"But we are ready to discuss how to facilitate UK ratification." Tusk said the other 27 EU leaders would discuss Brexit at a special meeting on Thursday, at the start of a pre-planned summit in Brussels which May will attend.

MPs in the House of Commons were due to vote Tuesday night on the deal with Brussels, which covers the terms of Britain's withdrawal from the European Union after 46 years. But facing a huge rebellion of her own Tory MPs, primarily over the backstop clause designed to keep open Britain's border with Ireland, May conceded she expected to lose and delayed it.

The decision sent the pound plunging, and both sides said they would step up preparations for the potentially disastrous scenario that Britain leaves with no deal. The delay also prompted outrage among lawmakers, with one leading Conservative rebel, Brexit-supporter Mark Francois, accusing the government of having "hidden in the toilets".

In a sign of the uproar, an opposition Labour MP was ejected from the House of Commons after picking up the ceremonial mace in protest at the government's conduct. The mace -- a symbol of royal authority required to sit in its place for parliament to pass laws -- was last taken from its place in protest in 2009.

Labour leader Jeremy Corbyn, who is facing calls to table a no-confidence vote in the prime minister, secured an emergency debate for Tuesday on the decision to pull the vote.

"The government has lost control of events and is in complete disarray," he said. Labour added it would hold off on trying to unseat May for now. "We will put down a motion of no confidence when we judge it most likely to be successful," a party spokesperson said.

Guy Verhofstadt, the European Parliament's Brexit co-ordinator, expressed his disbelief at the political chaos engulfing Westminster. "After two years of negotiations, the Tory government wants to delay the vote," he tweeted. "It's time they make up their mind!"

May spoke at the weekend to Tusk, Merkel and Irish Prime Minister Leo Varadkar, raising speculation they offered some hope of further concessions. EU leaders have repeatedly warned they have no appetite to reopen a divorce deal.

But some bloc officials have mentioned the possibility of changes to the accompanying political declaration on future trade ties.

Anand Menon, European politics professor at King's College London, said May needed Brussels to make it "absolutely clear" no major concessions are on offer -- no matter who is prime minister. "What they might do is add some language to the political declaration, not the withdrawal agreement," he added. "I imagine they'll add some language saying that both sides remain convinced that we'll never need to use the backstop".