As Queen Elizabeth takes a back seat, Prince Charles steps up

Charles, the heir to the throne, will steadily take on more duties outside the core constitutional obligations of the Queen’s job. 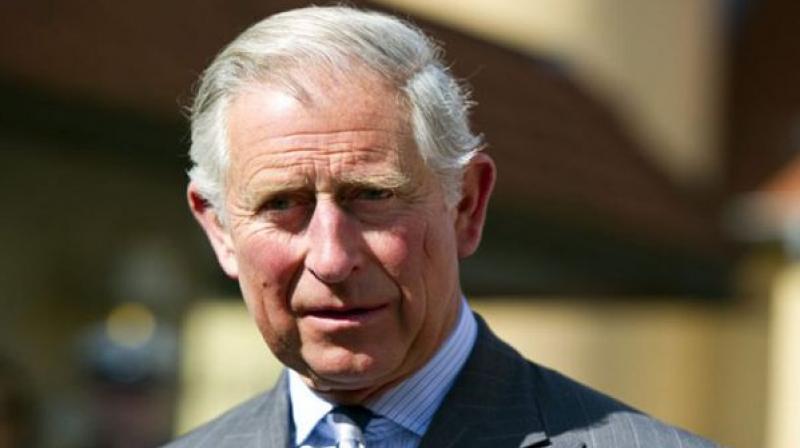 It will be a milestone moment in the otherwise imperceptibly slow-motion process, as her eldest son, increasingly steps up on her behalf. (Photo: AFP)

London: On Remembrance Sunday, Prince Charles will lay Queen Elizabeth II's wreath honouring Britain's war dead as she watches on - a rare public symbol of the 91-year-old gradually scaling back her duties.

It will be a milestone moment in the otherwise imperceptibly slow-motion process, as her eldest son, now 69, increasingly steps up on her behalf.

Experts said Britain's oldest-ever monarch would never consider abdication or even a regency by her son, having sworn to serve her people for life.

But Charles, the heir to the throne, will steadily take on more duties outside the core constitutional obligations of her job.

"A very great deal can be done to scale back her public roles progressively and informally," Bob Morris of the Constitution Unit at University College London said.

"There are ways of handling a lot of the public functions which don't necessarily require the queen personally to undertake them," he said.

The ceremony is one of the core annual occasions when Britons expect to see their monarch centre-stage.

She has missed it only six times in her 65-year reign: twice when pregnant and four times when overseas.

Sunday's service at the Cenotaph memorial in London involves walking backwards down steps and standing still for a long time in often chilly and damp weather.

Queen Elizabeth will be looking on from a Foreign Office balcony, alongside her 96-year-old husband Prince Philip, who retired from public duties in August.

"The queen wishes to be alongside the Duke of Edinburgh and he will be in the balcony," a Buckingham Palace spokeswoman said.

A palace source suggested this would set the pattern for future Remembrance Sundays.

By joining her retired husband in this way, the queen opens the door to doing likewise at other events - and has set a precedent as to what she herself might do as she ages.

Some reports suggest she could eventually retreat into seclusion in Scotland, like her great-great-grandmother queen Victoria did after her husband prince Albert died.

Queen Elizabeth's official engagements have already dropped 22 percent from the 425 in her 2012 diamond jubilee year to 332 in 2016.

She has not made any long-distance trips since 2011.

Charles and his wife Camilla now do the bulk of such visits, such as their 11-day tour of four Asian Commonwealth countries which ended Thursday.

As the heir, Charles has for years been reading the red boxes of official state papers that are also examined by his mother, shadowing her work in preparation.

As Prince of Wales, Charles is outspoken on topics such as the environment, architecture, farming and youth skills.

His activism is partly fuelled by knowing that his time is limited and he will be unable to do so as king.

Royal author Penny Junor, an expert on Charles and Camilla who recently wrote "The Duchess: The Untold Story", said the prince was in no rush to become king.

"I don't think Charles is itching to get his hands on his mother's duties. He has a very full life already," she said.

"He really enjoys what he does. When he becomes king, he can't be so hands-on."

Junor said it was the queen, not Charles, who was driving the process of handing over duties, and would progressively be "more and more realistic about what it is that she can do".