‘Vampires’ drive UN, US out of Malawi

Malawi Prez Peter Mutharika has vowed a thorough probe after seven people were murdered by vigilantes in a vampire scare. 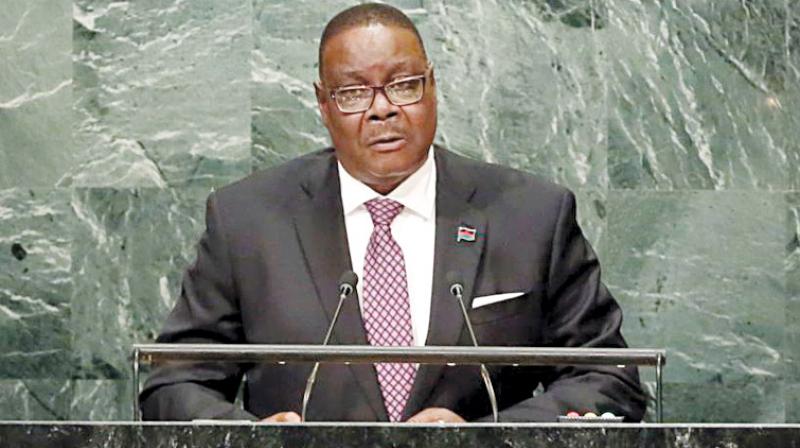 Blantyre, Malawi: Malawi President Peter Mutharika on Tuesday vowed a thorough investigation after seven people were murdered by vigilantes in a vampire scare that has driven UN staffers out of the affected region.

The United States embassy has also temporarily withdrawn its team of Peace Corps volunteers from the districts surrounding Mulanje and has advised its citizens not to visit the affected districts.

Four districts in southern parts of the country have been swept by rumours of bloodsucking humans, but Mulanje, which borders Mozambique, is the epicentre of the killings.

Although the attacks are not targeted at its staff, the UN — which is involved in food aid and agricultural assistance programmes — on Monday pulled staff out of two districts in southern Malawi, instructing all its personnel working in the affected areas to temporarily “relocate” to the commercial capital Blantyre, 90 kilometres away.

In a report obtained by AFP Tuesday, the UN said it had suspended all visits to the affected areas because the “situation is still unstable and volatile”.

Since mid-September, vigilantes have slaughtered seven people suspected of trying to obtain and drink human blood as part of magic rituals.

Police told AFP a seventh person was killed by an angry mob on Monday in Thyolo, the President’s home district. The latest victim, a mentally-retarded man, was found loitering at night in a village and was lynched by vigilantes who suspected he was pretending to be insane, said police spokesman Lloyd Maida.

“We have instituted an intensive investigation for us to get to the bottom of the matter,” the Pres-ident said in a statement.

Vampire rumours and violence have forced authorities to impose a night-time curfew, restricting movement to 10 hours from 7 am until 5 pm, local time.

Belief in witchcraft is widespread in rural Malawi, one of the world’s poorest countries, where many aid agencies and NGOs work.

Rumours of vampires allegedly originated from Mozambique and “spread across” the borders to the Malawian districts of Mulanje and Phalombe, according to the UN.

Malawi, where education standards are low, is regularly dogged by rumours of “vampire” activity. A spate of vigilante violence linked to vampire rumours had erupted in Malawi in 2002 as well.