The girl will have a house manager, 3 housekeepers, gardener, a lady's maid and a butler, along with 3 footmen, private chef and chauffeur. 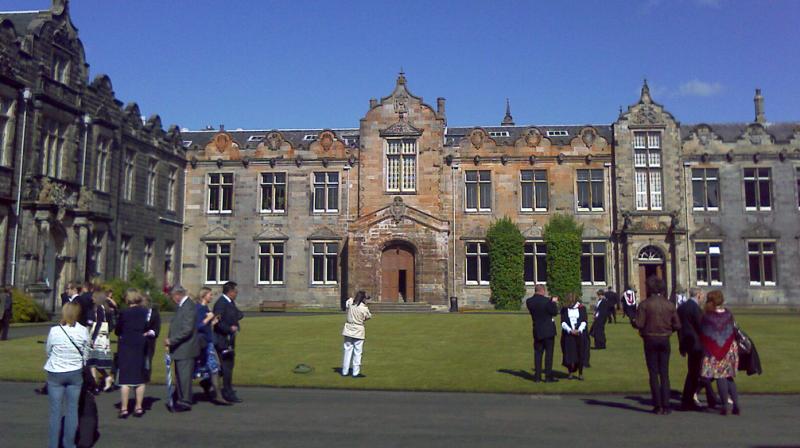 The staffers will be employed at the family's new luxurious mansion, bought so that the daughter won't have to stay in general student accommodation during the 4 years she spends studying at the University of St Andrew, Scotland. (Photo: Flickr)

London: An unnamed Indian billionaire's daughter has been dubbed the "poshest" student in the UK after it was claimed that her family is hiring 12 staff members to help her during her studies at a Scottish university.

The first-year student at the University of St Andrew on the east coast of Scotland will have a house manager, three housekeepers, a gardener, a lady's maid and a butler on hand to help her, along with three footmen, a private chef and chauffeur, The Sun newspaper reported.

They will be employed at the family's new luxurious mansion, bought so that the daughter won't have to stay in general student accommodation during the four years she spends studying at the leading Scottish university.

An advert was placed a few months ago looking for "an outgoing, cheerful" maid with an energetic personality to work within the household.

According to the advert, the maid would be in charge of "waking principal up, liaising with other staff regarding routine and schedule (and) assisting with grooming." The staff will also be responsible for wardrobe management and personal shopping, the job requirement posted by recruitment agency Silver Swan said.

The butler will be in charge of the student's staff, who will be expected to open doors for her whenever possible, and footmen will serve meals, lay the table and clean.

The “ultra high net worth (UHNW) family” are described as very formal who want experienced staff, the advert notes in reference to the various roles on offer, which are said to pay around 30,000 pounds a year.