The 64-year-old leader trembled while she was standing next to Finnish Prime Minister Antti Rinne during an appearance. 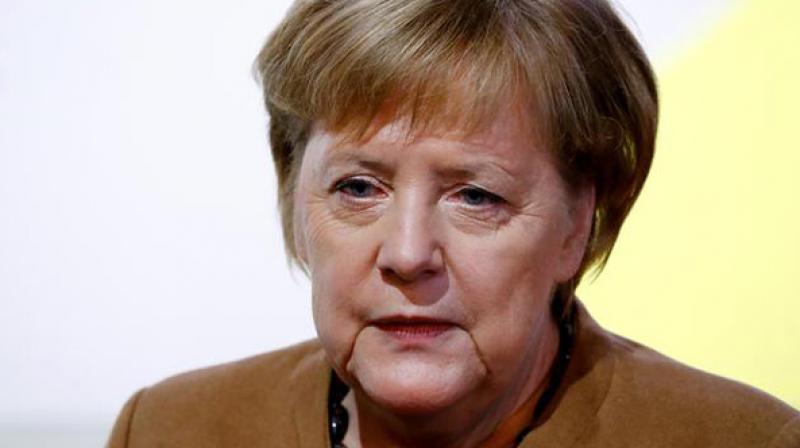 On June 27, Merkel was seen shaking for the second time while she was attending an event with German President Frank-Walter Steinmeier. (Photo: File)

Berlin: German Chancellor Angela Merkel on Wednesday was seen shaking for the third time in less than a month, raising concerns over her health condition.

The 64-year-old leader trembled while she was standing next to Finnish Prime Minister Antti Rinne during an appearance.

Merkel, however, said she was "fine" and doing "very well", adding that she has been "working through some things" ever since she was seen trembling for the first time during an appearance with Ukrainian President Volodymyr Zelensky on June 18, CNN reported.

"I am working through some things since the military honours with President Zelensky which do not seem to be over yet, but there is progress and I have to live with it for a while. But I am very well and one does not have to worry," she said.

A spokesperson for the German government told CNN that talks with Rinne were "going ahead as planned".

On June 27, Merkel was seen shaking for the second time while she was attending an event with German President Frank-Walter Steinmeier. The German Chancellor appeared to clutch her arms together to stop the shaking.

Previously, Merkel had said that the first incident of shaking happened due to dehydration.

Tremors occur in a person due to several conditions ranging from neurological disorders to less serious problems like medicinal side effects, stress or caffeine consumption.

Merkel has been the German Chancellor since 2005 and is currently serving her fourth term which will end in 2021. She has already ruled out another tenure for the post.

Last year, Annegret Kramp-Karrenbauer was elected as the leader of the ruling Christian Democratic Union party and is widely seen as Merkel's heir-apparent.