Counter-terrorism police are treating the letters as a possible hate crime. 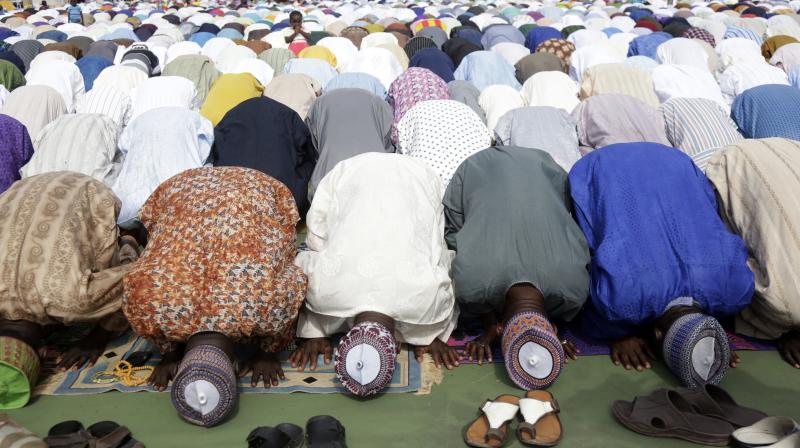 It asks people to carry out violent acts including verbal abuse, removing a woman’s hijab or head-scarf, physical assault and using acid as a weapon. (Photo: Representational/ AP)

London: Britain’s counter-terrorism officers are investigating a series of anti-Muslim letters circulated across the country calling for people to participate in a “Punish a Muslim Day” on April 3.

Residents in London, Yorkshire and the Midlands regions of England have reported receiving the letters branded as “malicious correspondence” by police.

West Yorkshire Police said the investigation into the instances was being coordinated by the UK’s North East Counter Terrorism Unit (NECTU) and enquiries were going on.

“What I want to do is to reassure the communities of West Yorkshire that these communications are being taken extremely seriously. We understand that they may have caused concern and upset to people, especially the more vulnerable members of society,” said Assistant Chief Constable Angela Williams of West Yorkshire Police said.

“Public safety remains our priority and I would urge our communities to be vigilant but not frightened,” she added.

Counter-terrorism police are treating the letters as a possible hate crime.

Images of the A4 note, which contains a list of violent acts alongside a number of claims of why they were executed, have been widely shared online.

The note incites verbal abuse and assaults on Muslims, as well as attacks on mosques. It asks people to carry out violent acts including verbal abuse, removing a woman’s hijab or head-scarf, physical assault and using acid as a weapon. These were ranked using a points-based system, with the letter stating, “There will be rewards based on action taken”.

Police said it had a couple of letters that will undergo analysis in an attempt to determine their origin.

Tell MAMA [Measuring Anti-Muslim Attacks], a project that monitors Islamaphobic hate crimes in the UK, said a photo of an envelope suggested at least one of the notes was dealt with at a Sheffield sorting office.

“This has caused quite a lot of fear within the community. They are asking if they are safe, if their children are safe to play outdoors. We have told them to keep calm,” said Iman Atta from Tell MAMA.

The group said it had received reports of people in Bradford, Leicester, London, Cardiff and Sheffield receiving the letters.

A Metropolitan Police spokesperson said it was not yet clear whether any criminal allegations relating to the letters had been reported in London.