He tried to explain to a bouncer who approached him that the turban protected his hair and was part of his religion. 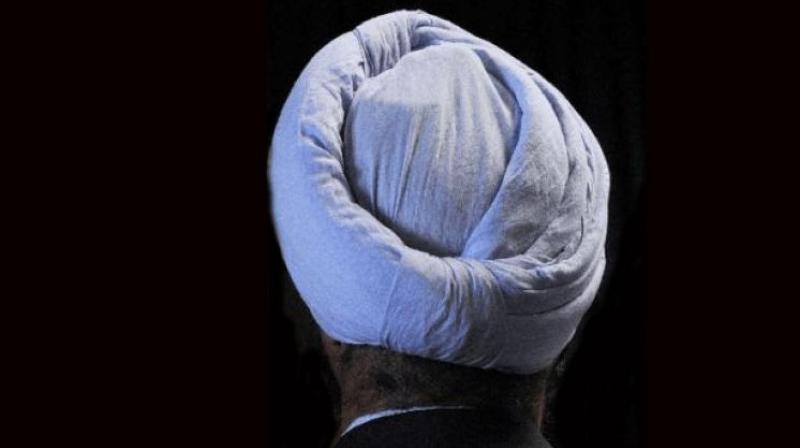 Amrik Singh, 22, claimed that he was ordered to leave Rush Late Bar in Mansfield, Nottinghamshire, Saturday for wearing his religious headgear. (Representational Image)

London: A Sikh law student in the UK felt "victimised" after he was dragged out of a bar because he was wearing a turban, media reports said.

Amrik Singh, 22, claimed that he was ordered to leave Rush Late Bar in Mansfield, Nottinghamshire, Saturday for wearing his religious headgear, the BBC reported.

Mr Singh was told that the bar had a "no headwear" policy.

He tried to explain to a bouncer who approached him that the turban protected his hair and was part of his religion. But his pleas were ignored - and he was "dragged away" from his friends before being removed from the venue, the report said.

Mr Singh was also allegedly told, "I didn't think you were allowed to come in a pub and drink anyway."

"I'm heartbroken. The reason why I was removed was because I refused to remove my turban," he wrote on Facebook.

Mr Singh said the bouncer had approached him saying that he needed to remove his turban, the report said. "I explained that a turban isn't just headgear, but part of my religion and that it protected my hair - and that I was allowed to wear a turban in public," he said.

"The bouncer ignored this and said I needed to take it off. I refused and was subsequently dragged away from my friends," he added.

"The fact that I was being removed because of my religious views really upset me. My ancestors have fought for the British army previously," the Sun reported Mr Singh as saying.

"Furthermore, my parents and I were born in Britain and all uphold British values," he said.

"The worst part of it was the fact he compared my turban to wearing a pair of trainers," Mr Singh, a final year law student at Nottingham Trent University, added.

The management, however, has apologised and said the staff involved faced suspension pending an investigation.

In a statement to the Labour councillor for Mansfield, Sonya Ward, Rush Late Bar said that it was not their policy.

"Good morning, this is absolutely NOT our policy. We are investigating this incident and the security member in question has been suspended," Ms Ward shared the statement on Twitter.

In February, an Indian Sikh environmental activist's turban was ripped by a white man shouting "Muslim go back" during a racist attack outside the Parliament in UK.