However, in practice, there is not effective improvement of the cooperation between TCCs, the Security Council and the Secretariat. 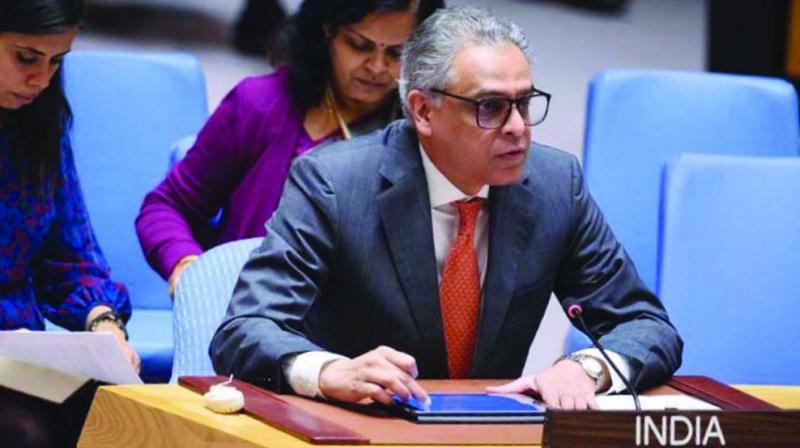 United Nations: India has told the UN Security Council that peacekeeping currently is in a "no-man's land" and called for next generation of reforms in peacekeeping based on incentivisation, innovation and institutionalisation.

India's Permanent Representative to the UN Ambassador Syed Akbaruddin, speaking at a Security Council debate on UN peacekeeping operations Monday, said UN peacekeeping is a unique innovation of multilateralism to respond to threats to international peace and security.

However, at the current stage, peacekeeping is in a "no-man's land”, between trying to keep the peace in fragile environments and trying to enforce the maintenance of peace, where there is none to keep. "Responses to new security environments require a willingness to adapt abilities to meet emerging realities,” he said.

Akbaruddin said institutionalisation of an approach where all key actors, especially Troop Contributing Countries (TCCs), are associated in a “consistent and predictable” manner in the decision-making matrix has been now discussed for decades.

However, in practice, there is not effective improvement of the cooperation between TCCs, the Security Council and the Secretariat. "It is time to move from pursuit of activism of individual member states to collective action by this Council to institutionalise this effort," he said. He also called for further incentivising women peacekeepers. As of July 31, women peacekeepers constituted 6 per cent.

There are 5,243 female peacekeepers, out of a total of 86,687 peacekeepers. "In 26 years, we have increased the share of women by 5 per cent. At this rate, it may not be possible to meet even minimum targets. There need to be special incentives for women peacekeepers and priority deployment of all women- unit pledges. Otherwise, the targets will remain just targets,” he said.

Akbaruddin also said that innovation in capacity building of peacekeepers needs to be a priority, if nations are to move away from a culture of caveats that bedevils peacekeeping into a segmented activity. "Innovative options such as co-deployment of peacekeepers from different countries engenders a genuine spirit of partnership for peace and needs to be promoted,” he said.

Further, there is need for expansion of online initiatives to develop capacities of future commanders and managers so that they lead by example and raise awareness of UN standards of conduct among their personnel is another innovation that can be further promoted.

He stressed that the best tribute that nations can pay to the valiant men and women, who have served the cause of peacekeeping and to the memories of those who paid the ultimate sacrifice while serving UN peacekeeping, is to keep incentivising change, institutionalising best practices and place a premium on innovation.

Akbaruddin reiterated India's commitment to implementing the Secretary General's Action for Peacekeeping initiative to improve the efficiency and effectiveness of peacekeeping within the contours of their shared understandings.