UK-based Indian doctors and healthcare professionals are campaigning against what they describe as an “unfair” doubling. 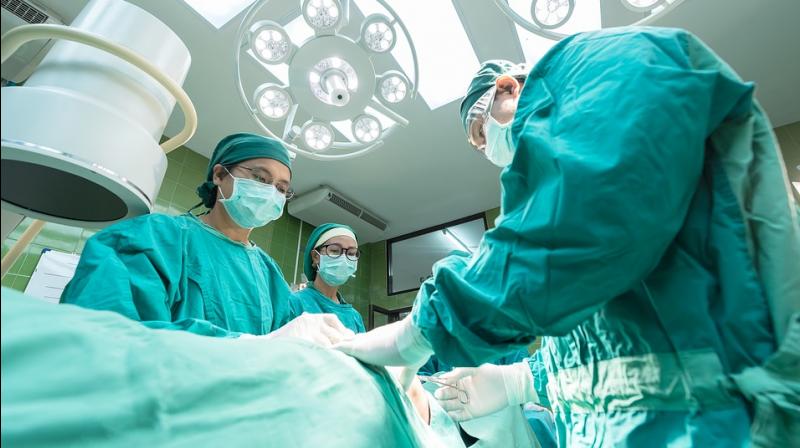 It is imposed on anyone in the UK on a work, study or family visa for longer than six months in order to raise additional funds for the country’s state-funded National Health Service (NHS). (Representational Image)

LONDON: UK-based Indian doctors and healthcare professionals are campaigning against what they describe as an “unfair” doubling of a health surcharge imposed on professionals from outside European Union (EU) living and working in Britain. The“Immigration Health Surcharge” was introduced in April 2015 and from December last year, it was hiked from 200 pounds to 400 pounds per year.

It is imposed on anyone in the UK on a work, study or family visa for longer than six months in order to raise additional funds for the country’s state-funded National Health Service (NHS).

The British Association of Physicians of Indian Origin (BAPIO), the UK’s largest representative body for Indian-origin doctors, is lobbying the UK Home Office for a rethink over the charge, arguing that it would have an adverse impact on their attempt to recruit more healthcare professionals from India to meet staff shortages in the NHS.

“Clinicians wishing to work in the UK are already facing burdensome processes relating to regulation and immigration, and this surcharge is only going to see UK losing out on quality healthcare professionals from non-EU countries,” notes a letter from BAPIO president Ramesh Mehta and secretary Parag Singhal, sent to UK home secretary Sajid Javid last week.

“The current policy adversely affects the attraction of working in the NHS and will sabotage our own requirements of providing quality health services to our patients. Therefore, in the interest of patient safety and improved morale of the immigrant workforce, we request that this unfair and highly discriminatory health surcharge for NHS-employed professionals should be reversed with immediate effect,” the letter states.

According to the organisation, one in 11 NHS clinical posts are currently unfilled, rising to one in eight for nursing vacancies, and the severe shortage is likely to grow to around 250,000 by 2030. Doctors, nurses and other healthcare professionals from countries like India are often referred to as the “backbone” of the UK’s healthcare system as they take up critical posts across hospitals and clinics in the country, the BAPIO pointed out.

BAPIO has been at the centre of organising fellowship programmes for doctors from India to fill NHS shortages while completing their training in Britain as a “win-win” arrangement.

But it fears these efforts would be hit as a result of the additional financial burden imposed by the health surcharge.

“These professionals are paying their taxes, including National Insurance (NI) contributions, in addition to providing quality health services in over-stretched hospitals. Such an additional burden will make them feel demoralised and discriminated,” said Prof. Singhal.

The health surcharge is payable by nationals from countries like India if they are seeking to live in the UK for six months or more, or to extend their stay. The payment is made at the time the immigration application is made and is payable annually until such time as the person is granted indefinite leave to remain (ILR) in the UK, or returns to their home country at the end of their visa period.

Short-term migrants, including tourists on visitor visas, are charged differently for secondary care treatment by the NHS at the point of visa access. Other groups have also questioned the extremely high surcharge on the grounds that it amounted to “double taxation” for long-term migrants, who are already expected to make tax contributions towards the care system. “Most people who do move here will work and they will pay tax. So doubling this charge is a form of double taxation. People are going to be ending up paying for the NHS twice,” said Satbir Singh, chief executive of the Joint Council for the Welfare of Migrants.

The UK government says since the surcharge was introduced in 2015, it has raised over 600 million pounds, which has been ploughed back into health budgets. It expects to raise an estimated 220 million pounds in extra funding with doubling of the surcharge, with the funds aimed at “sustaining and protecting” the healthcare system.

“We welcome use of the NHS by long term residents who still need leave to remain, but we believe it is right that they make a fair and proportionate contribution to its long-term sustainability,” a UK Home Office spokesperson said. “Parliament agrees and has approved the order we proposed to increase the immigration health surcharge so it better reflects the actual costs to the NHS,” the spokesperson added.