Some 200 police will man 36 entry points to the venue, which will be totally enclosed for the event. 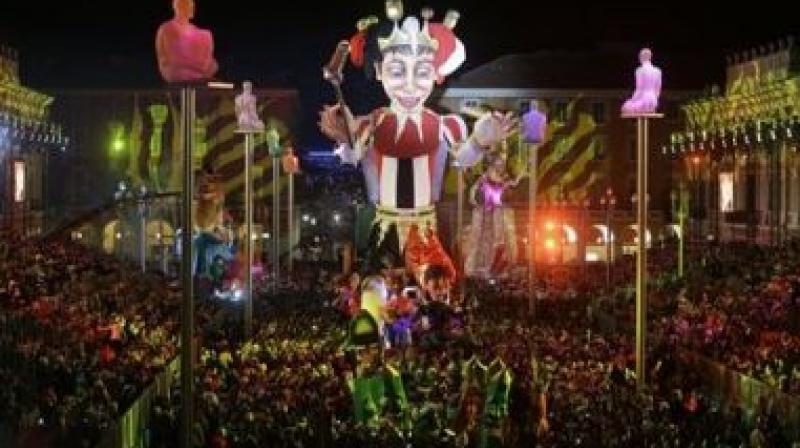 Last year's carnival was already the object of heightened security in the wake of the November 2015 jihadist attacks in Paris, with attendance way down at some 400,000. (Photo: Representational Image/AFP)

Nice: For the first time in living memory, carnival revellers will not parade down Nice's Promenade des Anglais this year, seven months after the Bastille Day truck massacre that left 86 people dead.

The famous seafront avenue was ordered off-limits for major public events for at least a year after the July 14 jihadist attack, with the southern French city instead deploying unprecedented security along an alternate route this weekend.

"Never has the level of security been so high for an event of this kind in Nice," top regional administrator Georges-Francois Leclerc told a news conference ahead of the February 11-25 carnival, one of the biggest in the world.

This year Nice's boisterous street party, which in past years has drawn up to a million revellers, will take place along a new stretch of parkland, the Promenade du Paillon.

Inaugurated in 2013, the zone stretches 1.2 kilometres (three-quarters of a mile) from the Promenade des Anglais northeast to the historic Place Massena.

Some 200 police will man 36 entry points to the venue, which will be totally enclosed for the event. Carnival-goers will pay five euros ($5.30) to attend more for seats in the stands.

The frenzied "battle of the flowers" when revellers vie to catch blooms thrown from elaborate flower-bedecked floats will take place in the Place Massena, the city's main square.

Last year's carnival was already the object of heightened security in the wake of the November 2015 jihadist attacks in Paris, with attendance way down at some 400,000.

Speaking at Friday's news conference, the right-wing president of the Riviera region, Christian Estrosi, said cancelling the carnival would be "unthinkable".

"That would be a sign to the barbarians, to the terrorists, that they would have scored another victory."

Since the July 14 attack, the Israeli company that provides security for the Tel Aviv airport has been among the city's advisors.