The shopkeeper, Vijaykumar Patel sustained fatal head injury in unprovoked attack by the boy, whose name has not been revealed. 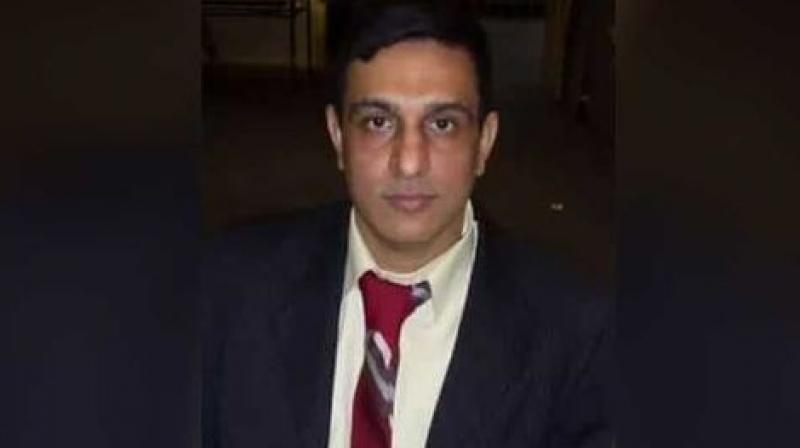 The 49-year-old had refused to sell the tobacco related item to the boy and his two friends who came into his shop on January 6 because they were under 18 years of age. (Photo: UK Police website)

London: A 16-year-old has been sentenced to four years' imprisonment for the murder of an Indian-origin shopkeeper who refused to sell him cigarette paper because he was underage.

The shopkeeper, Vijaykumar Patel sustained a fatal head injury in the unprovoked attack by the boy, whose name has not been revealed for legal reasons, outside a mini-market in Mill Hill, north London, in January. The 49-year-old had refused to sell the tobacco related item to the boy and his two friends who came into his shop on January 6 because they were under 18 years of age.

Sentencing the teenager at a hearing on Friday, Justice Stuart-Smith described the boy as a "time bomb", who had been out of on bail at the time of the attack.

"The record, the facts of this case, the contents of the PSR (pre-sentence report) with the analysis of very high risk of causing significant harm. I do not find the PSR surprising at all," the judge noted.

He sentenced the boy to four years' detention and a further three years on licence, or under monitoring.

A trial at the Old Bailey court in London was told the boy, who had five alcoholic drinks at a party on the evening of the attack, became aggressive and shouted abuse before hurling himself at Patel outside the shop. The attack was captured on CCTV and it was possible to see the moment Patel was hit.

Patel was rushed to St Mary's Hospital in central London but died the following day from the injury to the back of his head.  The teenager had claimed self-defence but was found guilty of manslaughter at the end of the trial in July.

"The CCTV shows he was simply standing with his hands in his pockets doing nothing," the judge told the boy during the sentencing hearing this week.

"What happened next was that you deliberately moved to the left and launched yourself at Patel, taking him off his feet and to the ground. He was completely defenceless and did not move. You struck him," he said.

The court was informed that the Patel family was in India and therefore no victim impact statement was presented.

Another shop worker had chased the boys away with a billboard sign and a broom following the incident. The boys were then seen laughing and joking as they fled the scene.

The court was told the boy suffered from Attention Deficit Hyperactivity Disorder (ADHD) and low intelligence and had previous convictions for weapons offences and kicking and punching a teacher at his school.

His lawyer Philippa McAtasney said the boy was "not beyond hope and help" and had been seriously affected by the stabbing of a youth worker friend who had confronted a drug dealer. The teenager himself had written a letter to trial judge expressing his remorse over the killing of Patel.