'Boris Johnson has been very clear that the UK needs to leave on the 31st of October,' Barclay said. 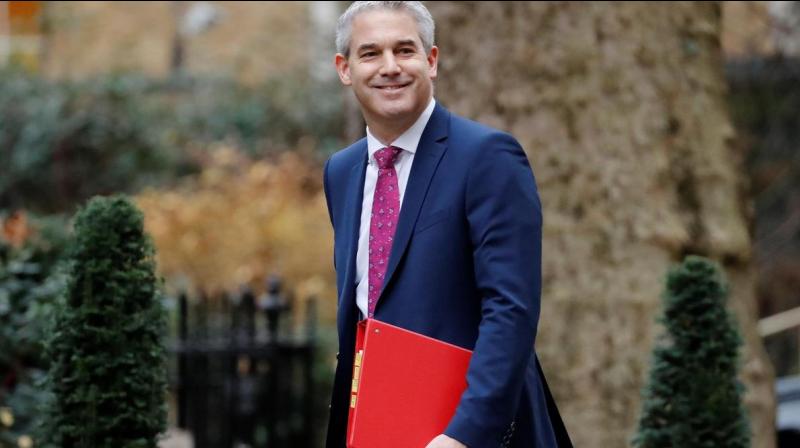 'It is in both sides interest to avoid no deal and to look at how we get a deal through parliament,' said the minister. (Photo: AP)

London: Britain's Brexit Secretary Stephen Barclay warned  on Monday that the EU must reopen the withdrawal agreement reached with outgoing Prime Minister Theresa May but rejected by MPs, so as to avoid a "disruptive" no-deal divorce in October.

"We do need to look at it again," he said of the deal agreed by May and European Union leaders last year which British lawmakers have since voted down three times.

"It is in both sides interest to avoid no deal and to look at how we get a deal through parliament," the minister added at a briefing for foreign media in London. He was speaking on the eve of fresh talks with the EU's chief Brexit negotiator Michel Barnier in Brussels which has repeatedly insisted it will not reopen the accord reached with May.

The pair last met in March, with the issue of citizens' rights in a no-deal scenario reportedly set to be discussed at Tuesday's meeting. Barclay insisted Britain "needs to leave" the bloc on the latest deadline of October 31, after May twice delayed departure amid MPs' implacable opposition to her divorce deal.

She resigned last month following her repeated failure to get it approved. Former foreign secretary Boris Johnson is the frontrunner to replace her when Conservative Party members select a new leader -- who will almost certainly become prime minister -- later this month.

Both he and his opponent Jeremy Hunt, the current foreign secretary, have vowed to take Britain out of the EU with or without a deal. "Boris Johnson has been very clear that the UK needs to leave on the 31st of October," Barclay said.

"The EU 27 has also been clear that any further extension without a purpose is not desirable," he added, noting "Brexit fatigue" was now apparent in Brussels as well as in London. Barclay argued a no-deal departure "would be disruptive to the UK but it also very clearly would be disruptive within the EU" as he called for "continued dialogue."

"The impact of a no deal is asymetric across Europe," he said. "For example, the impact of no deal in Ireland, according to our analysis, is greater than the impact on the United Kingdom."