UK goes to the polls in Brexit shadow 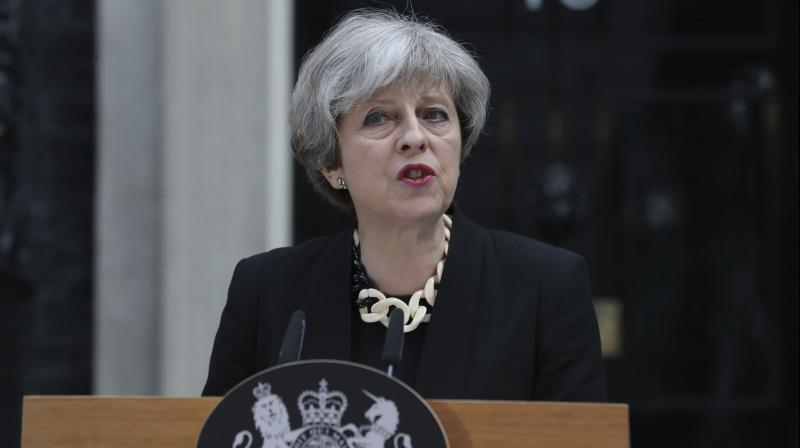 London: Millions of people across Britain voted on Thursday in one of the most contested general elections between Prime Minister Theresa May and Opposition leader Jeremy Corbyn being held under tight security after two deadly terror attacks by Islamists killed 30 people.

Britain last voted in a general election in 2015, when then-Prime Minister David Cameron won a majority with 331 MPs for the Conservative party.

Since then, the referendum on Britain’s membership of the European Union (EU) in June 2016 has meant a very different political landscape.

Brexit led to Mr Cameron’s resignation last year and Ms May’s selection by the Tories as their leader. More than 46 million people, including an estimated 1.5 million Indian-origin voters, are eligible to vote in what is the fourth major UK poll in three years, following the 2014 Scottish independence referendum, the 2015 general election, and the 2016 Brexit vote. Meanwhile, odds seemed to be in favour of Ms May.

Opinion polls showed Ms May’s Conservatives wid-ening their lead to 8 percentage points from a 5 point lead in its previous survey.

The Ipsos MORI poll published in the London Evening  Standard newspaper showed the Conservatives’ share of the vote up to 46 per cent from 45 per cent from their last survey published on  June 2, with Labour party on 36 per cent, down from  40 percent.

A flurry of opinion polls published on Wednesday put the Conservative lead in a range of 1 to 12 percentage points, with most  suggesting that Ms May would increase her majority in parliament.

Ms May unexpectedly called the snap vote seven weeks ago, seeking to increase her working parliamentary majority of 17 seats ahead of the start of negotiations on leaving the European Union.

A total of 650 Westminster MPs will be elected. A final pre-poll survey done by Comres for The Independent gives the Tories a 10-point lead over the Labour party.

Ms May’s ruling Conservatives are on 44 per cent, Labour at 34 per  cent, the Liberal Dem-ocrats at 9 per cent, with far-right UKIP at  5 per cent, the Scottish National Party at 4 per cent and the Green Party at 2 per cent.

This forecast is echoed in the nearly 100 million pounds expected to be bet on the outcome of the polls. “Generally, on average, the polls tend to point toward a fairly small Tory majority, whereas the betting is more optimistic of May landing a majority of around 70 seats,” said a betting expert at  Ladbrokes, one of the UK’s leading bookmakers.