Compared to Italy, only United States and Britain have seen more deaths from the virus 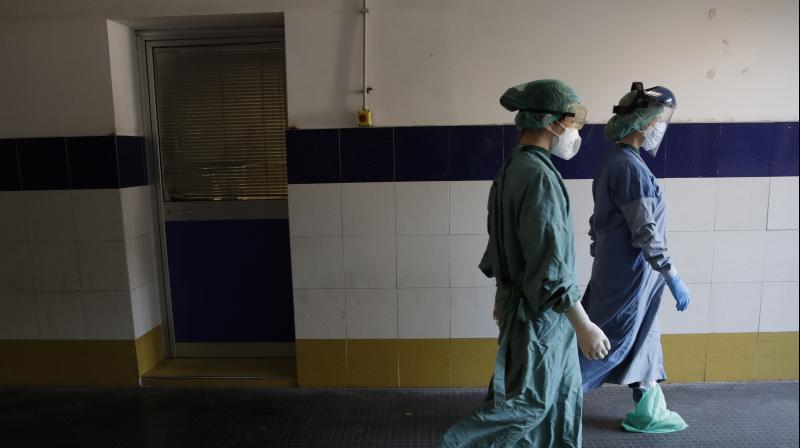 Medical staffers walk in hall leading to the COVID-19 emergency ward of the Santo Spirito hospital, in Rome. (AP)

Rome: Italy on Friday became the third country in the world to record 30,000 deaths from the coronavirus, reporting 243 new fatalities compared with a daily tally of 274 the day before.

Italy’s total death toll from COVID-19 since its outbreak came to light on Feb. 21 now stands at 30,201, the Civil Protection Agency said. Only the United States and Britain have seen more deaths from the virus.

The daily number of new infections fell slightly to 1,327 from 1,401 on Thursday, taking the total of confirmed cases since the epidemic began to 217,185, the third highest global tally behind those of the United States and Spain.

People registered as currently carrying the illness in Italy fell to 87,961 from 89,624 the day before.

There were 1,168 people in intensive care on Friday against 1,311 on Thursday, maintaining a long-running decline. Of those originally infected, 99,023 were declared recovered against 96,276 a day earlier.

The agency said 1.609 million people had been tested for the virus against 1.564 million the day before, out of a population of around 60 million.