The UK also has over 55,000 confirmed cases of COVID-19, putting immense pressure on the country's medical system 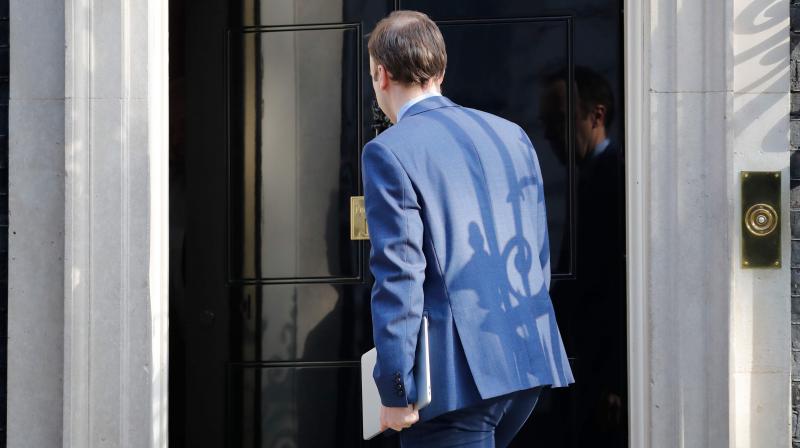 London: "I almost died," recalls Indian-origin Ria Lakhani, still struggling to breathe normally, days after surviving a severe case of coronavirus that has killed over 7,000 people in the UK.

"It (breathing) used to be such a natural action but now I have to remember how to inhale and exhale," the BBC quoted her as saying from her home in north-west London.

In self-isolation, she still cannot hug her husband, or see her parents and siblings. She still wakes up at night struggling to breathe.

Lakhani, a sales executive, started to show symptoms of Covid-19 while in hospital, where she was admitted for an operation.

Seven years ago, she was diagnosed with a rare condition which makes swallowing difficult. The surgery was designed to help her manage this oesophageal disease, called achalasia, the report said.

Though her admission to hospital was supposed to be a routine one, the situation became serious very soon. She began to struggle with her breathing and then developed a temperature.

While everyone hoped it was just a side-effect of her surgery, a Covid swab test was taken as a precaution. But to the surprise of all, it turned positive for coronavirus.

Soon her room was cordoned off and the rest of the ward evacuated.

As her condition deteriorated, she required more oxygen. She was then shifted to one of London's major Covid-19 treatment centres.

"Things went from bad to worse - taking a breath became as hard as climbing a mountain," she wrote on Facebook.

"I almost died," she says, speaking from home to the BBC.

"I almost didn't come out of there. There was a point when I actually started to write difficult messages to my family. I almost died now I'm alive. How can life go back to normal after that?"

Lakhani is still not clear whether she developed pneumonia but says even now, from her recovery bed at home in Harrow she can hear a "crackling sound" in her lungs".

According to the World Health Organisation, most people (about 80 per cent) recover from the disease without needing special treatment. Around 1 out of every 6 people who gets COVID-19 becomes seriously ill and develops difficulty breathing.

Lakhani said her recovery has been slow. In hospital she could barely move at first and was given morphine on top of the oxygen because of the pain.

She praised the medical staff who treated her. They are "true heroes," she said.

"It was the small wins and things like the nurses making sure Iris had a constant supply of hot tea and a sneaky extra slice of cake that made me smile."

At home, she has to maintain a distance from her husband and continues to be besieged by coughing fits.

But she's relieved that she was able to fight the virus, especially considering how many people have died.

The UK's death toll in the coronavirus pandemic continues to rise and hit 7,097 on Wednesday - a record increase of 938 in a day. The government has urged the public to continue to follow strict social distancing rules before a decision to review the measures can be taken.

The UK also has over 55,000 confirmed cases of COVID-19, putting immense pressure on the country's medical system.

"I can't explain the moment I left the hospital, I'll never take anything for granted again," she added.