Days after she reported him missing, Interpol on October 7 said he had resigned as its president. 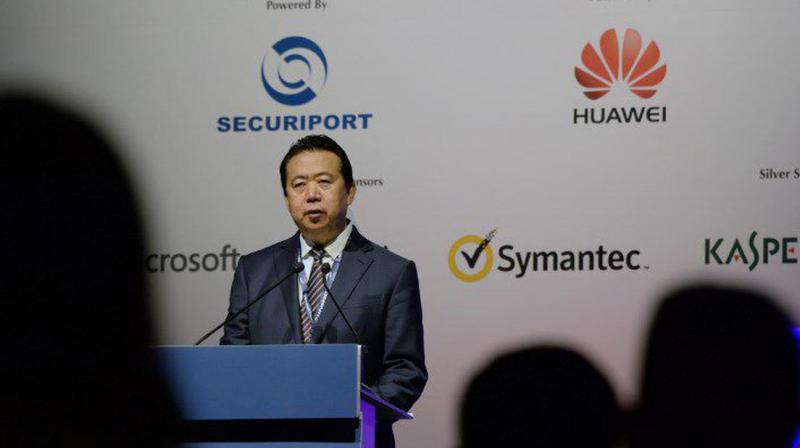 Paris: The wife of the former head of Interpol, who was detained in his native China, said on Sunday she had sued the global police cooperation agency for failing to protect his family and complicity in what she called China's "wrongful acts".

Grace Meng first publicly reported in early October 2018 that her husband Meng Hongwei had gone missing, after he travelled back to China on September 25 from their home in France where the organisation is based.

Days after she reported him missing, Interpol on October 7 said he had resigned as its president. He has not been seen since.

An Interpol spokesman said Grace Meng's allegations were "baseless" and the agency denied being complicit or having "any involvement with China's actions against" her husband.

In a statement, Grace Meng had started legal proceedings against Interpol at the Permanent Court of Arbitration in The Hague, adding that Interpol had failed to protect and assist her family and is "complicit in the internationally wrongful acts of its member country, China".

"A tribunal will be constituted and will decide whether my husband's disappearance is only a matter for the relevant authorities in both France and China, as alleged by Interpol, or whether Interpol itself breached its obligations owed to my family," the statement, released by her lawyers, added.

She also said Interpol had threatened her with legal action for speaking out, an accusation Interpol denied.

Months after Meng's disappearance, Chinese prosecutors filed charges against him, accusing him of abuse of power and taking bribes.

In March, China's ruling Communist Party said its own investigation into Meng found he spent lavish amounts of state funds, abused his power and refused to follow party decisions.

His wife has dismissed the allegations and said his arrest was politically motivated.

She applied for, and was granted, asylum by the French authorities in May.

Meng became president of Interpol in late 2016 as China widened its bid to secure leadership posts in international organisations. His appointment prompted concern at the time from rights groups that China might try to leverage his position to pursue dissidents abroad. Under President Xi Jinping, China has pursued a sweeping crackdown on official corruption.