German police hunting for 'Nazi grandma' as she skips jail 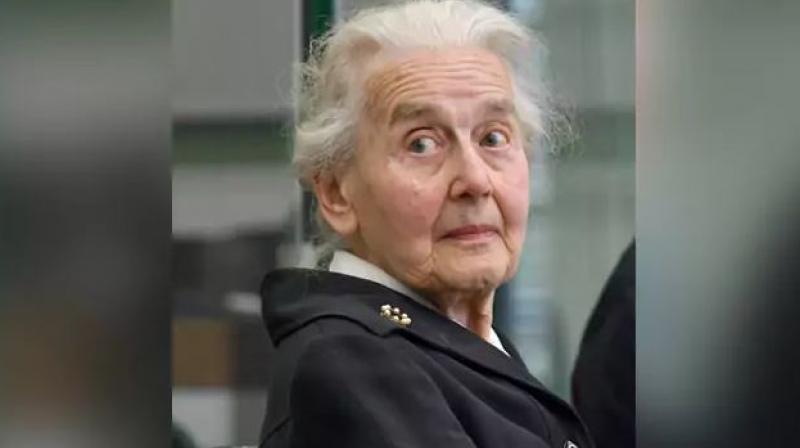 Berlin: German police are hunting an 89-year-old grandmother convicted on several occasions for Holocaust denial, after she failed to turn herself in to serve her prison sentence.

Ursula Haverbeck, dubbed "Nazi-Oma" (Nazi grandma) by German media, was convicted in October on eight counts of incitement and sentenced to two years in prison.

But she did not report to prison to serve her sentence by the April 23 deadline.

"After the convict failed to report to the relevant penal institution within the deadline, prosecutors in Verden on May 4, 2018 issued an order to execute the sentence and have charged police with its implementation," prosecutors said in a statement.

"The convict has so far not been arrested," they added.

Haverbeck was once chairwoman of a far-right training centre shut down in 2008 for spreading Nazi propaganda.

She has been sentenced on several occasions to jail for Holocaust denial.

During a trial in 2015, she insisted that Auschwitz was "not historically proven" to be a death camp.

That is "only a belief," said Haverbeck then.

She has also gone on television to declare that "the Holocaust is the biggest and most sustainable lie in history".

Some 1.1 million people, most of them European Jews, perished between 1940 and 1945 in the Auschwitz-Birkenau camp before it was liberated by Soviet forces.