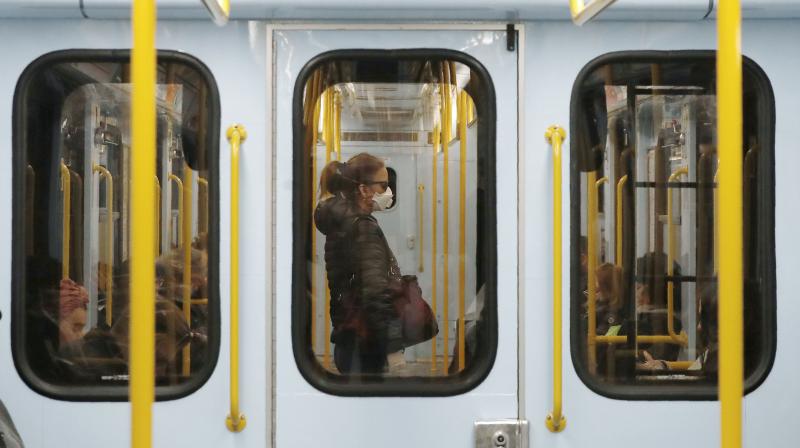 A woman wearing a face mask stands in a subway train in Milan, Italy. New quarantine restrictions announced by the government have effectively shutdown the northern region of Lombardy. (AP)

Rome: Mllions of people were placed under forced quarantine in northern Italy early Sunday as the government approved drastic measures in an attempt to halt the spread of the deadly coronavirus that is sweeping the globe.

Prime minister Giuseppe Conte said on Twitter he had signed on plans to strictly limit movement into and out of a large area including Venice and the financial capital Milan for nearly a month.

With more than 230 fatalities, Italy has recorded the most deaths from the COVID-19 disease of any country outside China.

According to Corriere Della Sera, without a "serious" reason that cannot be postponed people will not be allowed to enter or leave the entire Lombardy region around Milan -- home to 10 million -- as well as areas around and including Venice and the cities of Parma and Rimini.

Museums, nightclubs, gyms and casinos will be closed in these areas, the newspaper reported, adding that the measures would be in place until April 3.

There were chaos and confusion in the northern city of Padua in the Veneto region as word spread late Saturday evening that the government was planning to announce the quarantine.

Packed bars and restaurants quickly emptied out as many people rushed to the train station in Padua.

Travelers with suitcases, wearing face masks, gloves and carrying bottles of sanitizing gel shoved their way on to the local train.