Nato to increase troop presence in Afghanistan by 3,000

Around half the new troops will come from the United States. 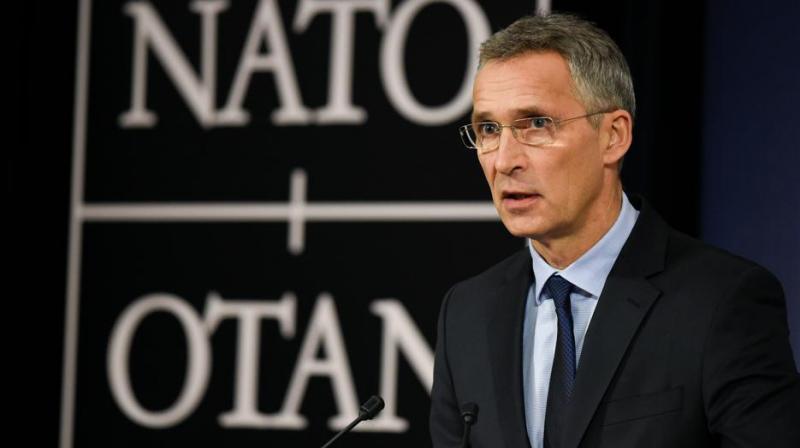 Brussels: NATO will boost its training mission in Afghanistan by 3,000 troops, chief Jens Stoltenberg said Tuesday as Kabul reeled from the latest deadly attack on civilians.

Around half the new troops will come from the United States, and the overall size of NATO's training and support mission in the unrest-hit country will increase from 13,000 to 16,000, he said.

Speaking a day before NATO defence ministers meet in Brussels, Stoltenberg said the alliance would boost its presence "to help the Afghans break the stalemate, to send a clear message to Taliban to the insurgents that they will not win on the battleground".

But Stoltenberg insisted there would be no return to combat operations.

"We are focusing on training the Afghan special operations forces, which have proven so key in the fight against the insurgents," he said.

The Taliban, ousted from power in a US-led invasion in 2001, have been resurgent since NATO ended combat operations in 2014, and the Islamic State group are also stepping up attacks.

Gunmen disguised as policemen stormed Shamshad TV station in Kabul on Tuesday, killing one person and wounding two dozen others in an attack claimed by IS.

Stoltenberg said there will also be more help to develop the Afghan air force. Over 16 years of war in Afghanistan, air strikes have proved a potent weapon against the Taliban.

The decision to boost numbers will be formally approved by the NATO defence ministers meeting in Brussels on Wednesday and Thursday.

US ambassador to NATO Kay Bailey Hutchison said last month that Washington would ask other alliance members to contribute around 1,000 more troops in Afghanistan.

This was to add to the roughly 3,000 US troops who are already dispatched to train and advise the country's security forces under President Donald Trump's new Afghan strategy.

Trump announced his new policy on Afghanistan in August, reversing his previous position advocating US withdrawal after military leaders convinced him that pulling out of America's longest war would be worse than remaining.