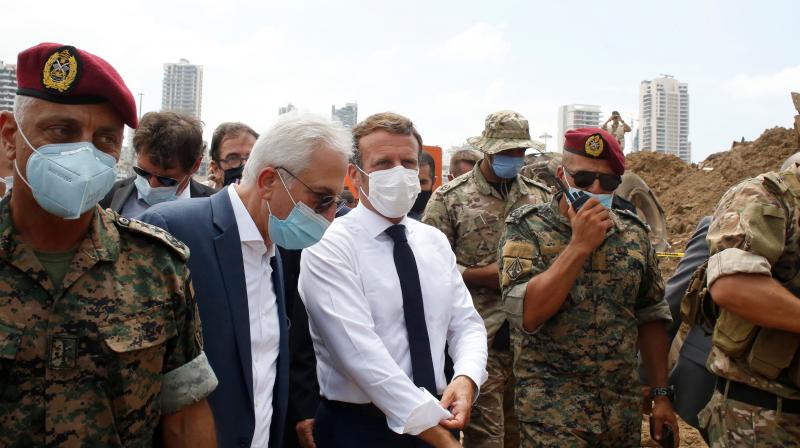 French President Emmanuel Macron (C) visits the devastated site of the explosion at the port of Beirut, on August 6, 2020 two days after a massive explosion devastated the Lebanese capital in a disaster that has sparked grief and fury.(AFP)

Beirut: French President Emmanuel Macron has denied that he’s seeking to pull the strings in Lebanon and revive France’s colonial-era influence over a country reeling from a giant, deadly explosion.

Macron was on a visit to devastated Beirut on Thursday. He said he was asked by local leaders and by people in the street to “return to the mandate,” when the region was a French protectorate a century ago. He firmly dismissed the idea.

He told the crowd: “You can’t ask me to substitute for your leaders. It’s not possible. And in any case, it would not be a solution.”

“It’s up to you to write your history.”

Still, he repeatedly referred to close ties between the countries and promised everlasting support for Lebanon after a blast that killed more than 100 people and injured thousands and further ravaged a country already on the verge of economic collapse.

Macron promised that “France will never let Lebanon go. It will never abandon Lebanon and the Lebanese,” and added that “the heart of the French people still beats to the pulse of Beirut.”