In recent years, Islamabad had pinned hopes of mainstreaming the militant groups, particularly the Lashkar-e-Taiba, into politics. 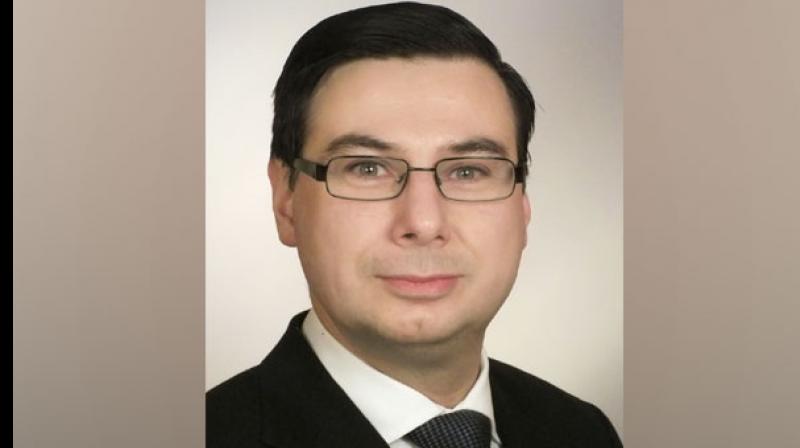 Wolf believes that there is the threat among Pakistan's leadership, that actions against 'jihadists' will provoke severe backlashes. (Photo: ANI)

Brussels: Amid Pakistan's continuing struggle to exit from Financial Action Task Force's (FATF) grey list, a European researcher has said that jihadists are still considered by Pakistan's security sector agents as an 'asset' against India and Afghanistan.

"Even if the civilian government of PM Imran Khan is considering respective actions against the country's jihadists, one must expect that the army top brass and the ISI will undermine any substantial or decisive action against them," he added.

Wolf believes that there is the threat among Pakistan's leadership, that actions against 'jihadists' will provoke severe backlashes, especially in the form of attacks against CPEC (China-Pakistan Economic Corridor) projects, which will harm the economic interests of the military, as well as the country's relations with China.

In recent years, Islamabad had pinned hopes of mainstreaming the militant groups, particularly the Lashkar-e-Taiba, into politics. However, their poor performance in the elections vandalised their political ambitions as they were not supported by the people.

"The so-called 'political mainstreaming' of Islamist organisations is an extremely dangerous step which led to additional truncations of democracy in Pakistan," said Wolf.

"This will further entrench Islamist agenda in the political process and help religious fundamentalists to broaden their social support base," he added.

Groupings like the Milli Muslim League Pakistan (MML) or the Sipah-e-Sahaba Pakistan (SSP) are not political parties in the common sense of the term.

They are anti-democratic forces which will fight the democratic system from within.

On Wednesday, the United States asked Pakistan to show tangible and satisfactory actions against banned organisations and their leaderships to pacify more countries towards supporting its case to move out of the grey list of FATF.

"Being listed on the FATF list, especially when one is blacklisted, has severe consequences for Pakistan. Perhaps not so much in the short-term perspective but definitely in the middle-to-long term perspective," said Wolf.

"The country's financial sector will be affected the most. In addition, the external sector (trade) will face difficulties due to sanctions and/or restrictions by international institutions. It will be even more difficult to get bailouts (loans) from organisations like the IMF or the World Bank," he added.

The researcher believes that most harmful for Pakistan will be the reputational damage of being blacklisted.

"This will gain momentum especially in the context of the CPEC, which in coming years will enter its second phase of implementation, focusing on the establishment of Special Economic Zones (SEZs). The success of such SEZs depends heavily on the country's ability to attract foreign companies to invest in these zones," said Wolf.

"But being blacklisted will make such an undertaking more difficult. Last but not least, one should mention that blacklisting of Pakistan by the FATF will strengthen the critical voices within Europe to reassess Pakistan GSP+ (Generalised System of Preferences) status through which the European Union (EU) grants the country special trade preferences," he added.

Wolf concluded saying that removal of GSP+ will have severe consequences for Pakistan's export industry, especially the textile sector.

According to Pakistani newspaper Dawn, being on the FATF grey list is already causing an estimated loss of  USD 10 billion per year to Pakistan.