The meeting is significant as it comes after a Chinese official said the ‘atmosphere’ was ‘not right’ for talks between Modi and Xi Jinping. 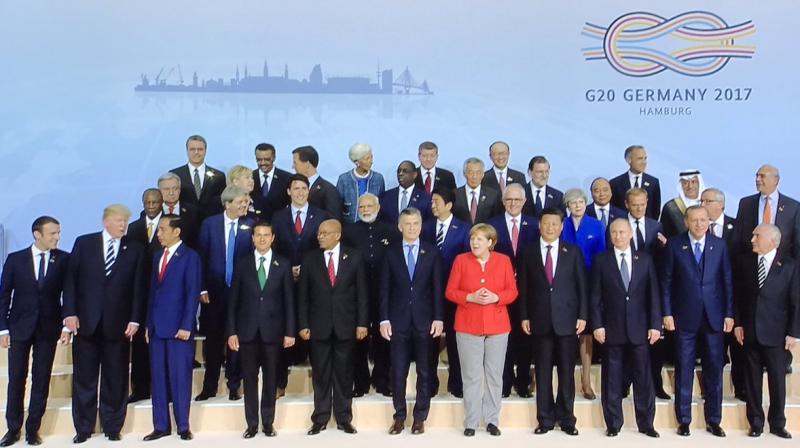 The conversation took place on the sidelines of the G20 Summit that began here today. (Photo: Twitter/MEA India)

Hamburg: Prime Minister Narendra Modi and Chinese President Xi Jinping on Friday shook hands and had a conversation on a "range of issues" during the BRICS leaders' informal meeting here amid a stand-off between the armies of the two countries in the Sikkim section.

The conversation took place on the sidelines of the G20 Summit that began here today. In a tweet, external affairs ministry spokesperson Gopal Baglay said Modi and Xi discussed a range of issues.

"At d BRICS leaders' informal gathering @ Hamburg hosted by China, PM @narendramodi and President Xi had a conversation on a range of issues," the spokesperson tweeted.

The ministry also tweeted a photograph of Modi and Xi shaking hands. The meeting assumes significance as it comes a day after a top Chinese official said the "atmosphere" is "not right" for a bilateral meeting between Modi and Xi Jinping on the sidelines of the G20 Summit.

China and India have been engaged in a stand-off in the Dokalam area near the Bhutan tri-junction for the past three weeks after a Chinese Army's construction party attempted to build a road.

Doka La is the Indian name for the region which Bhutan recognises as Dokalam while China claims it as part of its Donglang region.