The driver of the van drove into a group of people and then shot himself to death. 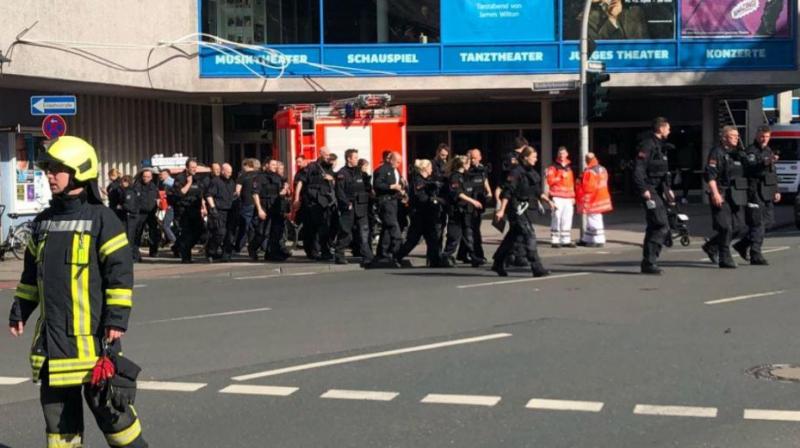 Several people injured as a car ploughed into a crowd in the western German city of Muenster on Saturday, police reported. (Photo: Twitter/ Daniel Kollenburg)

Berlin: A van drove into a group of people in the western German city of Muenster on Saturday, killing at least four bystanders before killing himself, police said.

A police spokeswoman said that the driver of the vehicle “shot himself” after driving into a crowd of people and leaving about 30 people with injuries.

“There are deaths and injured. Please avoid the area, we are on scene,” the regional police service said on Twitter, requesting people not to speculate about the incident.

According to the online edition of the Spiegel magazine, German authorities were “assuming” the incident was an attack, though there was no immediate official confirmation. A security source said: “The scenario is such that an attack cannot be ruled out.”

Armed police were deployed and officers urged residents to avoid the city centre to allow investigators to get to work. Images broadcast by German television showed several police and firefighting vehicles clustered around a street in the centre of the picturesque medieval city of 300,000 people. Mass-selling daily Bild reported in its online edition that three people had died in the incident. It showed pictures of where police had cordoned off an area of the city.

Germany has experienced a number of terror attacks in recent years, including through the deadly use of vehicles.

In December 19, 2016, Tunisian national Anis Amri, 24, hijacked a truck and slammed it into a crowd of people at a Christmas market in Berlin, killing 12 people and injuring 48.