English? Non merci: France's minister urges citizens to cut down on English use

Culture Minister Franck Riester made his plea to stick to French in a Twitter post published late on Sunday. 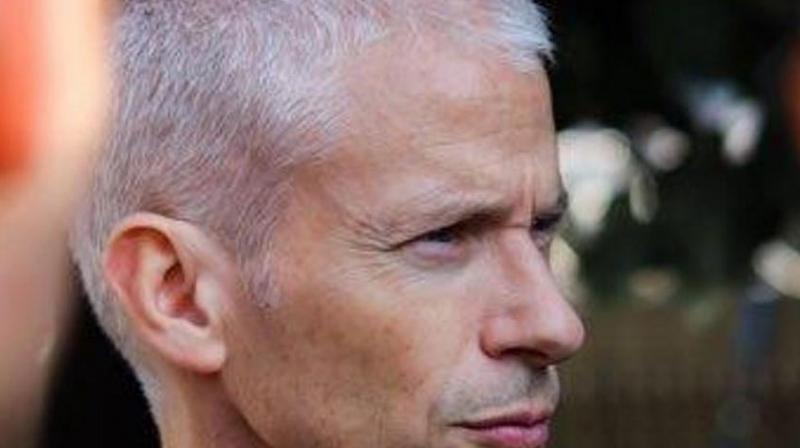 Officials at Riester’s culture ministry could not be immediately reached for further comment on the matter. (Photo: Twitter)

Paris: France’s culture minister has urged people to cut down on their increasing use of English, in the latest effort to protect the French language, even though President Emmanuel Macron himself often slips English idioms into his speech.

France has long been proud of its culture and language, and has constantly sought to defend it against the encroachment of the English language and the habits of the United States, which are often dismissively referred to as “Les Anglo-Saxons”.

Culture Minister Franck Riester made his plea to stick to French in a Twitter post published late on Sunday and marking the 25th anniversary of a law governing the use of French on television and radio.

Critics rounded on his patriotic views on Monday, pointing out that Macron regularly uses English idioms, such as the phrase “Start-Up Nation” to promote French innovation and technology, as do many of France’s top businesses.

“Macron himself uses Anglophone slogans!” said Didier VanStaevel, replying on Twitter to Riester, while others pointed to Macron having referred once to democracy as being a “bottom-up” system.

Cinema executive Christophe Courtois pointed out that top French companies regularly use English slogans rather than French, such as Renault’s adverts titled “Never Too Much” and Air France’s “France Is In The Air” posters.

The 1994 Toubon law made the use of French mandatory in all TV broadcasts, meaning all foreign-language programs are dubbed, while radio stations must play at least 40 percent of French music for most of the day.

“The Loi Toubon is 25 years old! It’s the interpretation of article 2 of our Constitution - “The Language of the Republic is French.” Our daily lives would be so different without this simple demand - say things in French!,” wrote Riester.

His tweet called for vigilance applying the law and was accompanied by a big picture of the country’s national flag, the “Tricolore”.

Officials at Riester’s culture ministry could not be immediately reached for further comment on the matter.

In 2006, French President Jacques Chirac walked out of a European Union summit briefly as a form of protest, when the French head of the EU’s industry lobby addressed leaders of the bloc in English.