Senior Muslims and community leaders had said they would redouble efforts to root out extremism after the London attack. 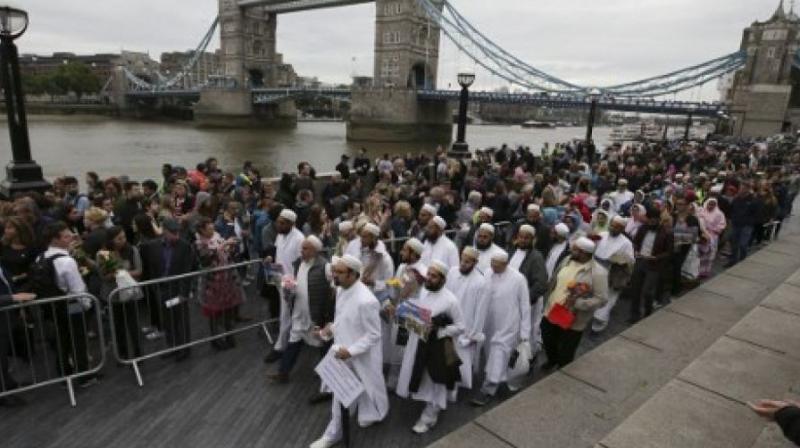 They not only refused to perform the traditional Islamic prayer for the terrorists – a ritual that is normally performed for every Muslim regardless of their actions – but also called on others to do the same. (Photo: AFP)

London: Over 130 imams and Muslim religious leaders in the UK have refused to perform the traditional Islamic funeral prayer for the London Bridge attackers, saying their "indefensible actions" were completely at odds with the teachings of Islam.

Imams and religious leaders from across the country and a range of schools of thought came together to issue a public statement condemning the recent terror attack in London and conveying their pain at the suffering of the victims and their families.

In an unprecedented move, they not only refused to perform the traditional Islamic prayer for the terrorists – a ritual that is normally performed for every Muslim regardless of their actions – but also called on others to do the same.

"Consequently, and in light of other such ethical principles which are quintessential to Islam, we will not perform the traditional Islamic funeral prayer over the perpetrators and we also urge fellow imams and religious authorities to withdraw such a privilege," the group of more than 130 imams and Muslim religious leaders said in a statement.

"This is because such indefensible actions are completely at odds with the lofty teachings of Islam," the statement said. Three knife-wielding attackers on Saturday had unleashed a terror rampage here, ploughing a van into pedestrians on the iconic London Bridge before stabbing revellers in a nearby market, killing seven people. The three attackers had been shot dead.

The move by the imams and the religious leaders came as senior Muslims and community leaders said they would redouble efforts to root out extremism in their communities after the attack in London.

The Metropolitan police commander for engagement, Mak Chishty, the highest-ranking officer of Muslim faith, called for "a step-change -- a different direction and a different movement to counter the scourge of terrorism, extremism and hatred that we have in our communities at present".

Chishty, in a statement he read out on behalf of Muslim communities, said, "It is the Islamic duty of every Muslim to be loyal to the country in which they live. We are now asking questions to understand how extremism and hatred has taken hold within some elements of our own communities."

Harun Khan, the secretary general of the Muslim Council of Britain umbrella organisation, expressed his anger over the London Bridge attack, saying, "We want to do something about it. That is why we agree with the prime minister that things must change. Enough is enough. We are ready to have those difficult conversations, as equal citizens with an equal stake in this fight," he was quoted as saying by The Guardian.