Gina Kathryn Beever added: "This isn't even Satire! Satire is much more intelligent than this. 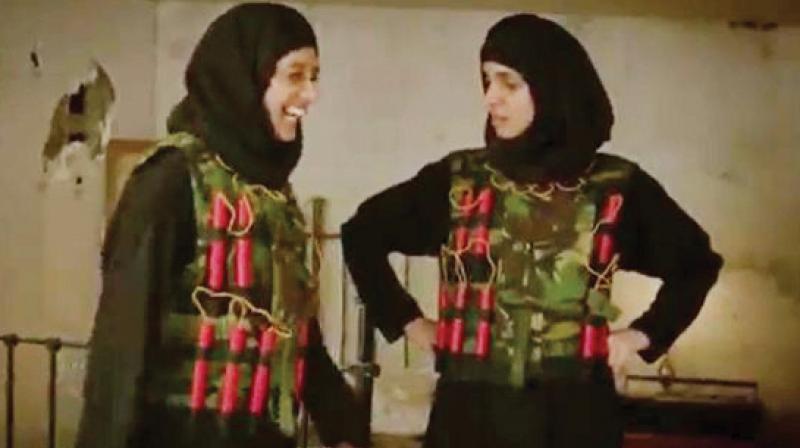 London: The BBC has come under fire from viewers in the UK after airing a comedy skit titled Real Housewives of ISIS that featured women in hijabs modelling suicide vests with some accusing the broadcaster of ‘trivialising’ the plight of victims of the terror group.

One of the characters comes in modelling a suicide vest as if it's a new outfit. In one scene, a friend says “Oh babe, you look gorgeous!” before turning to the camera and adding: “She looked massive. You’re gonna need a lot of Semtex to kill that one.”

In another scene, a character called Afsana says, “It’s only three days to the beheading, and I’ve no idea what I'm going to wear.”

But the clip has received a mixed response after being posted on the BBC’s Facebook page.

Nabil Obineche wrote: “Girls who go to join these groups are groomed. Tell me, there be any sketches mocking white girls that are also victims of grooming? I mean it’s all humour right?”

Gina Kathryn Beever added: "This isn't even Satire! Satire is much more intelligent than this.

Jake Cooper chimed in: “People are entitled to laugh at whatever they want. But I can't help but find this tasteless, ISIS is still a current threat and people die by their hands and women are treated with outright disrespect. So to make light of it really feels like a low blow.”

But not everyone found the clip offensive. Irfan Mansor said: “I like it. It’s making fun of ISIS, which is a good thing. The whole point of satire is to bring people down to a level.

If you can mock something, you're not scared of it. ISIS want to be feared. Don’t give them that. And yes I am Muslim, and a leftist."