Chancellor of exchequer says Brexit talks will be tough. 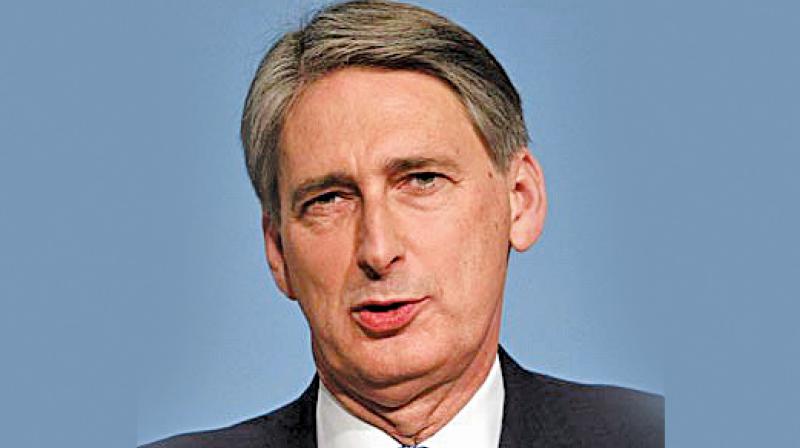 London: British finance minister Philip Hammond has warned that Brexit negotiations would be difficult, but said he hoped to maintain strong economic relations with the European Union (EU).

“Of course the negotiations will be tough and they will be complicated,” Hammond told CNBC Arabia television in an interview aired on Thursday.

“We have spent 40 years integrating our economies and now we have to separate them,” he added during the interview in Kuwait, where he was visiting as part of a tour of the Gulf.

Britain will have two years to negotiate a deal with the European Union once it triggers Article 50 of the bloc’s Lisbon Treaty, formally beginning the withdrawal process.

Despite the daunting complexity and scope for conflict, Hammond said that he hoped to secure a strong trading relationship with the rest of Europe.

The divorce “will take time and it will take effort, but we have mutual interest in maintaining a close economic, commercial and trading relationship,” he said.

Hammond was criticised by pro-Brexit leaders last month when he backed a transitional deal to smooth the Brexit negotiations.

His call for a deal is in line with British industry leaders, in particular in the powerful financial sector, who are concerned about the effect of a so-called “hard Brexit” that would see the country quit Europe's free-trade area and lead to the potential for tariffs and red tape.

Prime Minister Theresa May is under increasing pressure to reveal details of her negotiating demands and strategy ahead of her March deadline for triggering Article 50.

Ms May was also rocked when Ivan Rogers, Britain’s ambassador to the European Union, quit on Tuesday, criticising “ill-founded arguments and muddled thinking”.