Indian-origin woman killed by husband in UK, he looked up ‘plot to kill wife’

Court was told how accused had planned to claim a GBP 2-mn life insurance payout and move to Australia with lover Dr Amit Patel. 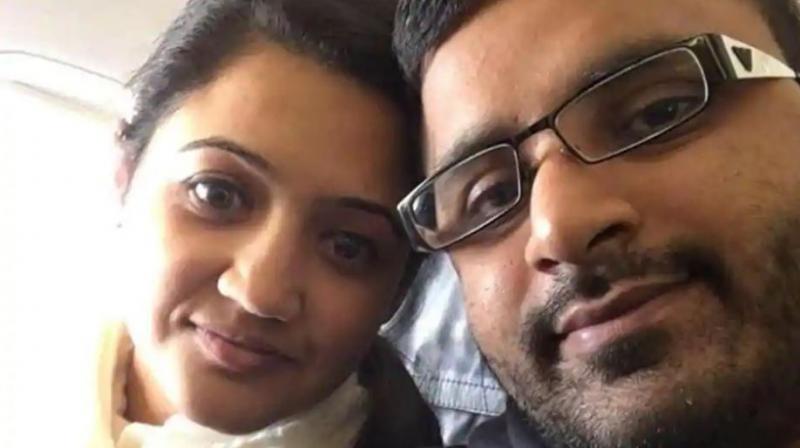 The husband of a 34-year-old Indian-origin pharmacist found dead in her home in Middlesborough, northern England, earlier this year has been found guilty of her murder.(Photo: Jessica Patel/Facebook)

London: The husband of a 34-year-old Indian-origin pharmacist found dead in her home in Middlesborough, northern England, earlier this year has been found guilty of her murder on Tuesday.

Mitesh Patel, 37, had denied killing his wife Jessica, whose body was found at their home in May. His murder trial at Teesside Crown Court opened last month and on Tuesday a jury found him guilty of strangling his wife to death with a supermarket plastic bag so he could start a new life with his boyfriend whom he met on the gay dating app Grindr.

Justice James Goss told the jury a life sentence was mandatory and he would determine Patel’s minimum term behind bars during a sentencing hearing on Wednesday.

The court was told how the accused had planned to claim a GBP 2-million life insurance payout and move to Australia with lover Dr Amit Patel, described as his “soulmate”.

The jury heard the cheating husband met other men on Grindr and had made internet searches dating back years, including “I need to kill my wife”, “insulin overdose”, “plot to kill my wife, do I need a co-conspirator?”, “hiring hitman UK” and “how much methadone will kill you?”.

In July 2015, he told his Sydney-based lover Amit: “Her days are marked.” Mitesh Patel had insisted he was innocent and claimed he had returned home to find the couple’s house burgled and his wife’s wrists bound with duct tape. But prosecutors presented evidence to the jury to show it was Patel himself who had tied her up after injecting her with insulin and strangling and suffocating her with a Tesco supermarket bag.

Jessica Patel’s family made a statement at the end of the trial, saying they were “devastated” by her death.

The statement said “She had simple dreams, all she ever wanted was to fall in love, have a family of her own and live happily ever after.

“The man we welcomed into our family, who promised to look after and protect her, betrayed her in every sense of the word, cheating her of her dreams, robbing her of her life and robbing us of her.” The court heard that Mitesh Patel regularly chatted to men on Grindr under the pseudonym “Prince”, using the gay dating app daily in front of employees at the pharmacy he ran with his wife. The jury was told that his gay double life became the pharmacy’s “worst kept secret”.

At the start of the trial, Justice Goss had said that it was agreed that the accused had been unfaithful to his wife with men, having used the dating app Grindr. He had therefore ruled out any jury member who had used the same dating app or visited the Patels’ pharmacy in Linthorpe since 2011 to be included for the trial to ensure impartiality.

On Tuesday, the jury of six men and six women took three hours of deliberation to give their guilty verdict.

Jessica Patel was found at her home on The Avenue in Linthorpe suburb of Middlesborough with “serious injuries” and pronounced dead at the scene.

The victim, also known as Jess, ran the local chemist’s shop on Roman Road in Middlesborough with her husband, whom she met while studying at university in Manchester. The couple’s home is close to their pharmacy, which they ran for around three years. Both the home and work premises were the focus of intense police searches in the days after the murder on May 14.