President Macron was pursued via a written letter published in the Journal du Dimanche newspaper. 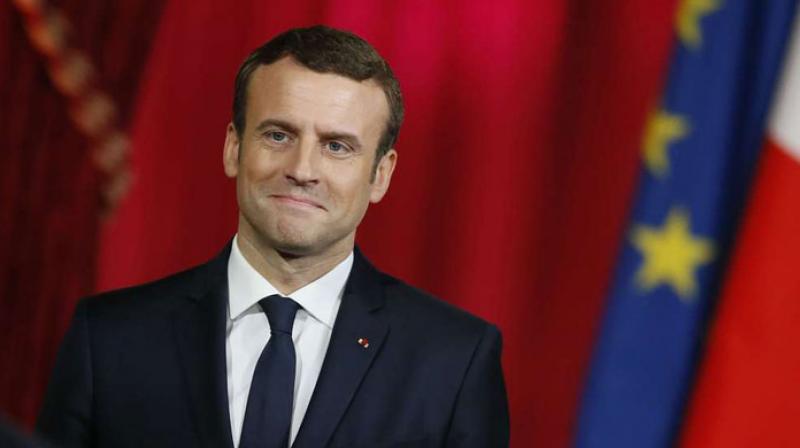 The letter calls for five priority measures, including mandatory corporate training against sexual harassment at work and a doubling of state subsidies to associations helping female victims of abuse. (Photo: AFP)

Paris: A hundred female French personalities from the arts, media and film are calling on President Emmanuel Macron to implement an "emergency plan" against sexual violence, after a series of allegations of harassment and abuse in France.

In a letter addressed to Macron and published Sunday in the Journal du Dimanche newspaper, French feminist Caroline De Haas, journalist Giulia Fois, activists Marie Cervetti and Clara Gonzales said that "one in two women has been a victim of sexual violence".

"Many are no longer here to sign onto this platform, dead after beatings," they wrote.

"Do you have that in mind when you travel, meet with citizens, preside over a meeting or an official dinner? We are one in two".

Haas and her co-writers are calling for five priority measures, including mandatory corporate training against sexual harassment at work and a doubling of state subsidies to associations helping female victims of abuse.

Among the first hundred signatories to the letter, which was started as a petition on Change.org, are director Lisa Azuelos, actresses Zabou Breitman and Anna Mouglalis, writers Marie Darrieussecq and Tatiana de Rosnay, journalist Rokhaya Diallo and popular singer Imany.

"Mr. President... like many others, we have been harassed, assaulted or raped," the letter said, adding that often their claims were not taken seriously by authorities, or that they themselves were blamed for having done something to provoke the behaviour.

"In the street, at work just like at home, intolerance to violence must become the norm... We are faced with a serious crisis. Are you on our side?"

While the focus on sexual violence began in the US with a cascade of abuse allegations against film mogul Harvey Weinstein, claims have also been made

recently against several prominent figures in France, including a lawmaker in Macron's own party.

Other accusations have hit a judge on France's equivalent of "America's Got Talent" and the Oxford professor Tariq Ramadan, a leading lecturer in Islamic studies.

Franco-Polish filmmaker Roman Polanski, who is wanted in the US for the statutory rape of a 13-year-old in the 1970s, is also facing new abuse claims.

In late October, thousands of women turned out for a rally in the centre of Paris under the "Me Too" campaign to protest sexual abuse, with organiser Carol Galand, a freelance journalist, saying she wanted to ensure the campaign to end sexual violence and harassment of women went "beyond social media buzz".