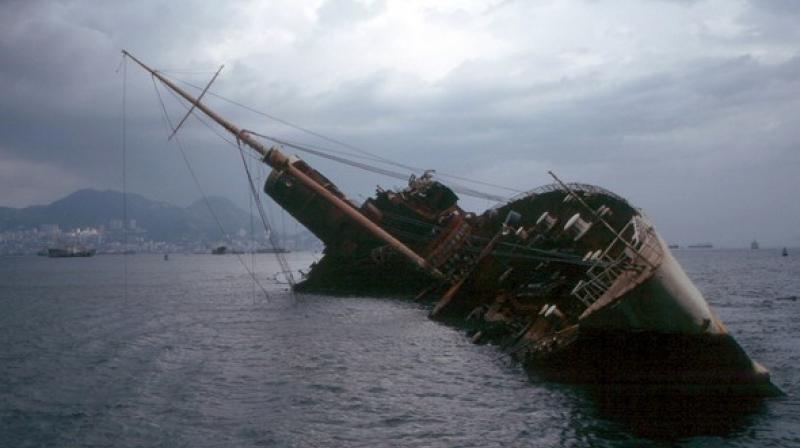 The death toll from the sinking of three ferry boats off the coast of central Philippine provinces of Iloilo and Guimaras on Sunday has risen to 31, with three people still missing. (Photo: ANI/ Representational Image)

Manila: The death toll from the sinking of three ferry boats off the coast of central Philippine provinces of Iloilo and Guimaras on Sunday has risen to 31, with three people still missing.

The motorised, wooden-hulled boats were carrying a total of 96 passengers and crew members when harsh weather conditions caused the vessels to overturn off the island of Guimaras, reported Al Jazeera.

The three boats were buffeted by strong winds and big waves triggered by monsoon rains that affected the main Luzon island and Western Visayas region.

Philippine Red Cross posted pictures of two of the vessels on social media, showing one turned upside down as rescuers swam nearby, while the other was almost completely sunk with just the bow above water.

The Philippines, an archipelago in the Pacific Ocean, is battered by typhoons and storms regularly, making it one of the most disaster-prone countries in the world.