What is G20? All you need to know about leading powers' annual summit

The G20, first met for a summit in 2008 in Washington to discuss ways to achieve balanced and sustainable world economic growth. 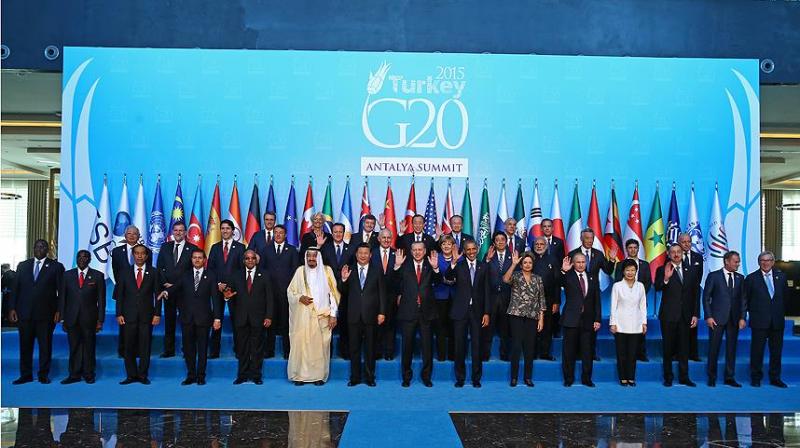 Grouping the United States and other G7 members with giants such as China, India and Russia, it represents two thirds of the world population, three quarters of world trade and about 80 percent of economic output.

The other members are Argentina, Australia, Brazil, Britain, Canada, France, Germany, Indonesia, Italy, Japan, Mexico, Saudi Arabia, South Africa, South Korea, Turkey and the European Union. The G20, with its ministerial-level beginnings in 1999, first met for a summit in 2008 in Washington to discuss ways to achieve balanced and sustainable world economic growth.

Critics charge that the "self-appointed" club undermines the role of the international bodies, such the United Nations, International Monetary Fund (IMF) and World Bank. The grouping has often been a magnet for protesters, including at this year's meet in Hamburg, Germany.

At the 2010 summit in Toronto, thousands of anti-capitalist protesters clashed with Canadian police, leaving dozens injured on both sides and sparking mass arrests. The list of G20 members does not strictly reflect the world's 20 biggest economies. Some non-members such as Switzerland have bigger economies than, for example, member Argentina.

The leaders mostly meet behind closed doors and lack the power to enforce binding decisions or rules. The heads of global and regional bodies are invited to the summits among them the chiefs of the UN, IMF, World Bank, WTO, African Union, APEC and Southeast Asia's ASEAN.