87 recoveries made from Grenfell Tower but death toll uncertainty remains

The Metropolitan Police force said 87 'recoveries' of human remains have been made - but they may not be from 87 different people. 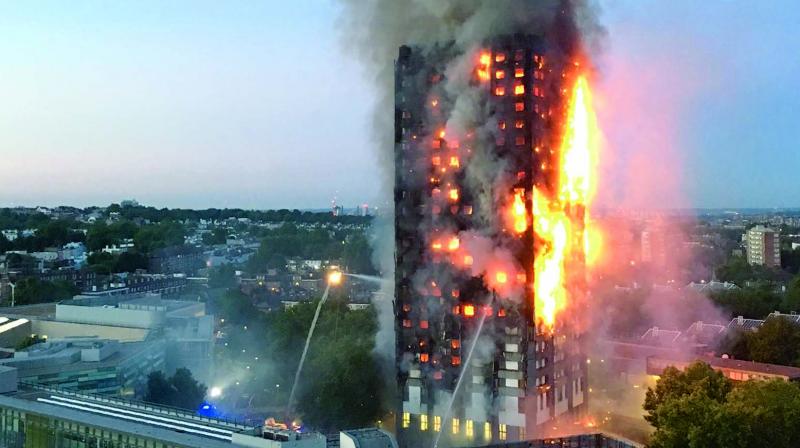 Grenfell Tower, an apartment building with 120 flats in west London, went up in flames and smoke. (Photo: AFP)

London: British police said on Wednesday that they have recovered all "visible human remains" from a fire-gutted London tower block, three weeks after a blaze tore through the building and killed at least 80 people.

But they say the devastation at Grenfell Tower is so catastrophic that it will be months before the full death toll is known. The Metropolitan Police force said 87 "recoveries" of human remains have been made - but they may not be from 87 different people.

Police say 80 people are either dead or missing and presumed dead, but only 21 have been formally identified. Officers believe no one survived from 23 of the building's 129 apartments.

Commander Stuart Cundy, who is overseeing the police response to the disaster, said specialists had "forensically recovered the last of the visible human remains from Grenfell Tower" and taken them to a mortuary.

"Until formal identification has been completed to the coroner's satisfaction I cannot say how many people have now been recovered," he added. Cundy said police and forensic anthropologists will sift through 1.5 metric tons (17 tons) of debris on each of the building's 24 floors in search of more human remains. The grim, meticulous task will take "many months," he said.

The British government said Wednesday that it is sending in outside experts to help oversee recovery efforts from the fire, after strong criticism of the local council's response.

Residents have complained about confusion and delays in getting assistance and finding new accommodation. The government's move falls short of meeting demands by local residents and the mayor of London that the council be removed from running the entire Kensington and Chelsea borough.