The man, identified as 'Abz' is believed to have been the ringleader of the trio that carried out the horror attack at 2 London landmarks. 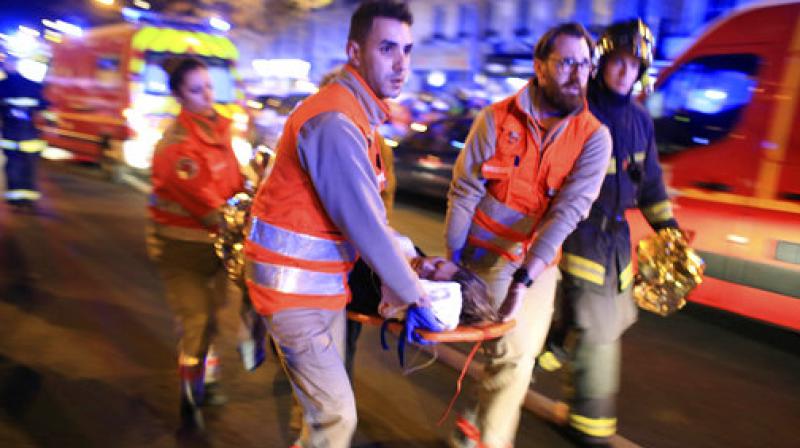 7 people were killed and 49 injured when the trio rammed a van into pedestrians on London Bridge before stabbing revelers in bars in the nearby Borough Market. (Photo: AP)

London: A Pakistani-origin man was among three knife-wielding militants responsible for carrying out the brutal London terror attack that killed seven people and injured 49, a media report said.

The man, identified as 'Abz' is believed to have been the ringleader of the trio that carried out the horror attack at two London landmarks, The Mirror reported.

Abz, 27, is said to be from Barking in east London, was pictured lying on the ground after police swooped on the attackers on Saturday night and shot them dead in a flurry of 50 bullets.

Seven people were killed and 49 injured when the trio rammed a van into pedestrians on London Bridge before stabbing revelers in bars in the nearby Borough Market.

Abz, a father of two children, appeared to pray to an Islamic State flag in a London park in a TV documentary about the behaviour and motivations of British extremists.

Police are searching four houses in Barking and have made 12 arrests as part of their investigation into the atrocity. His neighbours said the Arsenal fan had been wearing the club's replica away shirt the day before the attack, matching the one worn by one of the suspects pictured lying on the ground with what appear to be canisters taped around his body.

The terrorist was a home-grown jihadi who came from Pakistan as a child but was brought up in the UK, the report said. He was twice reported to anti terror authorities, the report quoted sources as saying.

A neighbour said he immediately noticed the Arsenal away shirt Abz was wearing after being shot dead by police outside the Wheatsheaf pub on Saturday night.

He said: "I looked on Twitter and saw one of the terrorists who had been shot by police and he looked 90 per cent like my neighbour - he was even wearing the same Arsenal shirt that I had seen him in at 5 pm that evening."

Abz is the only one of the attackers identified so far. He lived in a block of flats with his wife and two young children which was raided by police early on Sunday.

Ken Chigbo, 26, who lives in the same building, described him as ‘really sociable’ and said Abz had invited him to a barbecue just last week.

The latest terror attack, just four days before the general election on June 8, comes less than two weeks after a suicide bomber, Salman Abedi, targeted a Manchester concert on May 22, killing 22 people.

On March 22, six people died, including the attacker, and at least 50 people were injured in an attack near the Houses of Parliament. Attacker Khalid Masood first drove his car at pedestrians on the pavement on Westminster Bridge before crashing into a perimeter fence. Masood, armed with a knife, then left the vehicle and ran towards Parliament, where he was shot dead by police.